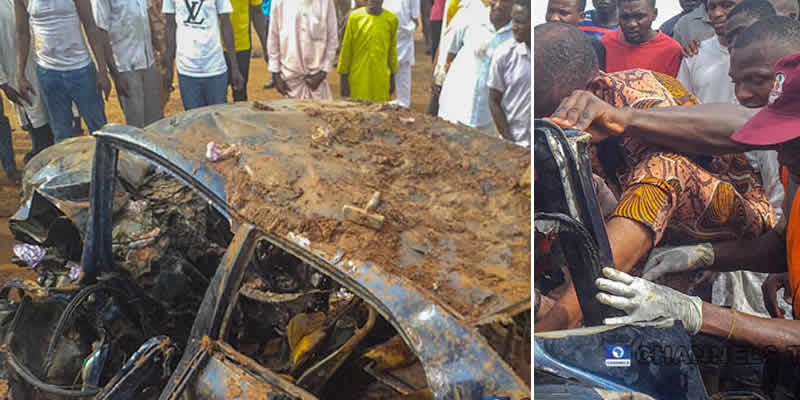 Two Friends Cheat Death After Crashing Into A Pole Abuja

Two friends cheated death on Sunday April 21, 2019 when their car somersaulted twice after hitting a pole on Berger bridge near Mabushi in Abuja.

An eyewitness who was about to cross the road, said he saw the car suddenly swerve away from the road, before hitting the pole and burst into flames upon impact.

However, help came the way of the victims as car owners and passers-by rushed to quench the burning vehicle with water and fire extinguishers. Two Friends Cheat Death After Crashing Into A Pole Abuja

Channels TV observed that the driver who sustained several burns was trapped for hours, while the second passenger in the front seat, who jumped out immediately sustained minor injuries on the arm.

Bystanders were seen in anguish for the victims as rescue operations went on, while also supplying the volunteer rescue teams with several bags of water.

The National Emergency Management Agency (NEMA), was on ground to take the victims to the hospital.