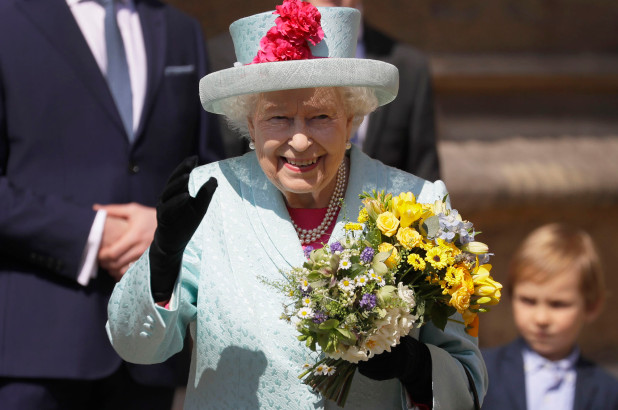 The Queen has been treated to an impromptu rendition of the song Happy Birthday, following an Easter Mattins service at St George’s Chapel at Windsor Castle. This year, the monarch’s 93rd birthday coincided with Easter Sunday, the most important day in the Christian calendar.

The Queen – who is head of the Church of England – wore a mint green coat and a matching hat with pink ribbon as she was joined by members of her family at St George’s Chapel.

Following an hour-long service, the Queen was presented with two posies – one yellow and one white – by two little boys, before being treated to the celebratory chorus by crowds gathered outside in the sun. As the well-wishers completed three cheers, the Queen waved to them as she got into her waiting car.

Royal family members who attended the service included the Princess Royal, her husband Vice Admiral Sir Timothy Laurence, Zara and Mike Tindall, Princess Beatrice, the Earl of Wessex, the Duke and Duchess of Cambridge, and the Duke of Sussex.

Harry’s heavily-pregnant wife Meghan was absent, as was the Duke of Edinburgh who has retired from royal duties.

Both Harry and Meghan were also among those wishing her well, writing on Instagram: “Happy Birthday Your Majesty, Ma’am, Granny. Wishing you the most wonderful day! Harry & Meghan.”

Anne’s son Peter Phillips and his wife Autumn, and Edward’s wife the Countess of Wessex and their children Lady Louise Windsor and James, Viscount Severn, were also in attendance at the chapel.

Ahead of the service, as the Queen walked into the 14th-century Gothic chapel, Kate, who was wearing a light blue coat, curtsied to the monarch along with other female members of the family, as the males bowed their heads.