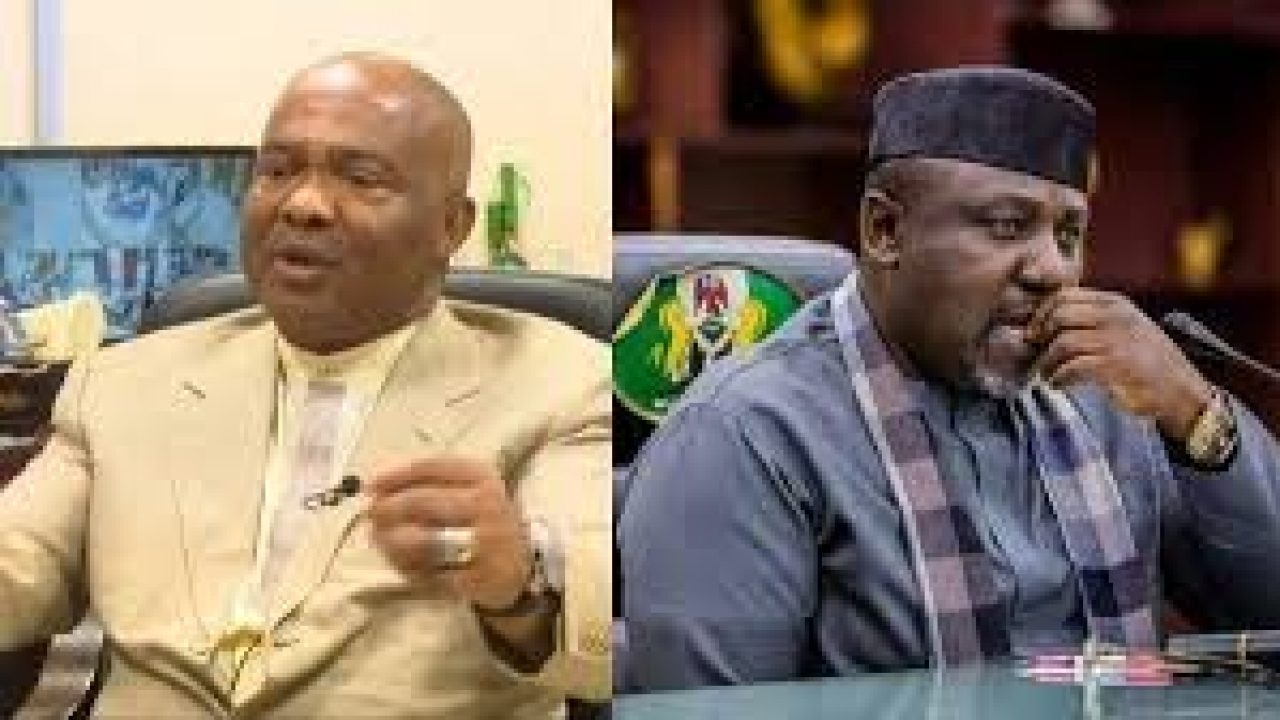 Senator Hope Uzodinma, the governorship Candidate of the All Progressives Congress (APC), Nigeria’s ruling party, in Imo State, says the governor of the state, Rochas Okorocha, is “finished politically.”

The APC governorship candidate who made this comment in a statement on Friday in Abuja, Nigeria’s capital, stressed that the people of the state will stone Okorocha should he attempt to walk on the streets of Imo.

Speaking further, Uzodinma said Okorocha should apologise to Imo indigenes for his misrule rather than looking for scapegoats for his failure.

The lawmaker said the governor should hide his face in shame rather than blaming him and the National leadership of the ruling party over his failed plot to install his son-in-law, Uche Nwosu, as the governor of Imo State.

Uzodinma was reacting to the comment by Okorocha that the APC failed to win the Imo governorship election due to his candidacy.

The governorship candidate reminded the governor that even as “a sitting governor he failed to win a senatorial election and got a Returning Officer to announce him winner under duress.

“I thought by now Okorocha should be hiding his face in shame after he lost his bid to install his son-in-law and win his senatorial election.

“Despite all the billions he spent to stop me and the APC in the state from the results from the polling units I won the election and we will prove it.

“But Okorocha has lost his deposit and he is finished politically. He is an expert in running people down but God has punished him today.

“This same man worked against the APC and he has the gut to speak about others. I challenge Okorocha for a walk in the streets of Owerri if Imo people will not stone him,” he added.