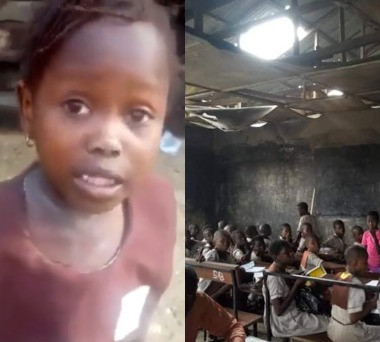 Following a viral video showing a girl who was chased away from school for not paying school fees, the deplorable state of her school has been revealed.

After a video of a little girl named Success went viral yesterday, as she protested after her school teachers sent her home because of her parents’ inability to pay her school fees, the deplorable state of the school has been revealed. According to LIB, investigations have shown that the girl attends Okotie Eboh 1 Primary School, Sapele and the condition of the school is not something to write home about.

Watch the viral video below: