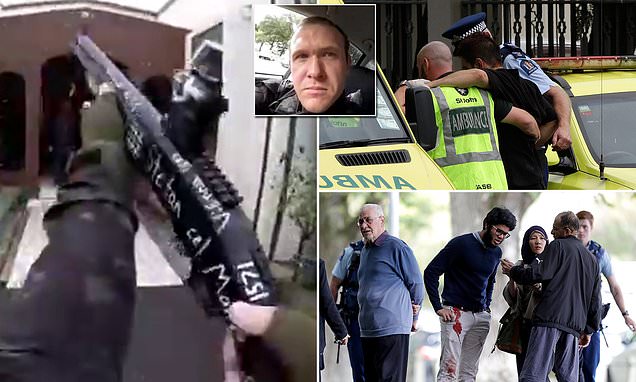 At least forty-nine people have been killed and many others injured as terrorists carried out shootings in two mosques in New Zealand city of Christchurch.

The two mosques were full of worshippers who came for the Friday prayers before gunmen carried out the mass shootings, Naija News understands.

The two known targets were the Masjid Al Noor in central Christchurch, and a second mosque in suburban Linwood.

New Zealand’s Prime Minister Jacinda Ardern while addressing a news conference, said the mosque shootings appear to have been a well-planned “terrorist attack”.

“This is, and will be, one of New Zealand’s darkest days,” Ardern said.

The prime minister further revealed that two explosive devices attached to suspect vehicles were found and have been successfully disarmed by security operatives. Jacinda Ardern@jacindaardern
What has happened in Christchurch is an extraordinary act of unprecedented violence. It has no place in New Zealand. Many of those affected will be members of our migrant communities – New Zealand is their home – they are us.

Meanwhile, Mike Bush, New Zealand police commissioner said four people (three men and one woman) have been arrested while the investigation is ongoing.

Watch The Videos Below: