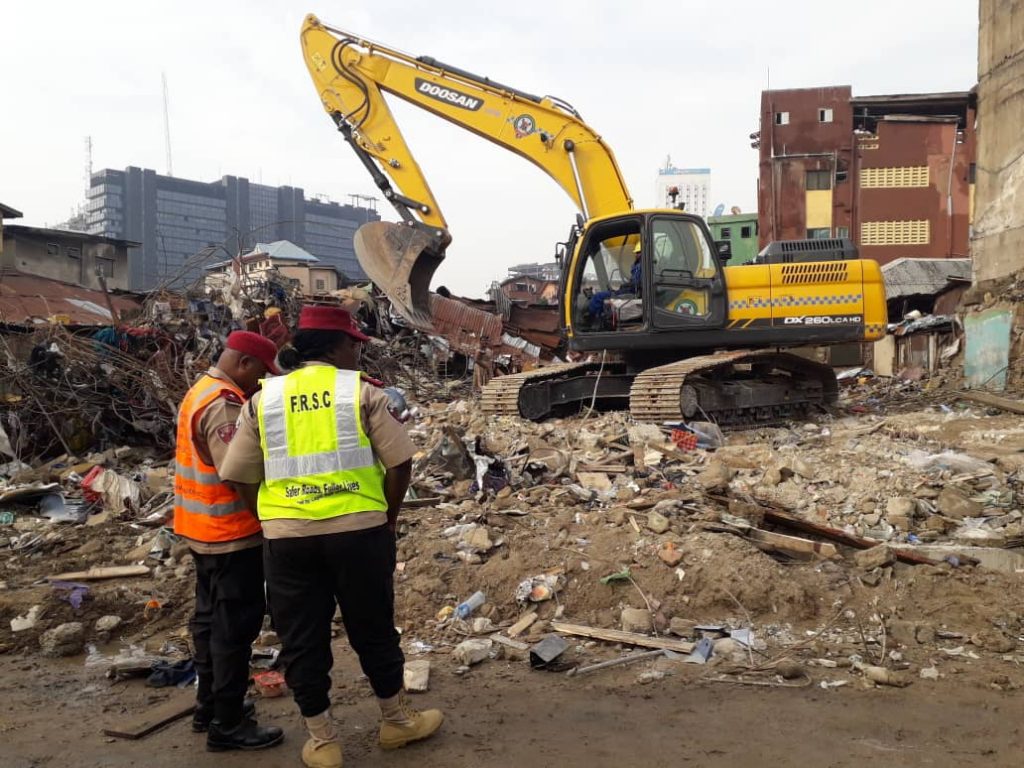 The Lagos state government has begun the demolition of 180 houses following the recent school building collapse.

According to Punch Metro, the Lagos State Building Control Agency, on Friday morning, commenced the demolition of defective buildings within Lagos Island.

About 180 houses will be demolished in the exercise, according to the General Manager of LASBCA, Mr Lekan Shodeinde.

He said 20 would be demolished on Friday.

The agency’s task force began with the demolition of a three-storey building on 60A Freeman Street, Epetedo.

The demolition is coming on the heels of Wednesday building collapse on Massey Street, Ita Faaji, Lagos Island, which killed many pupils and injured others.

The agency said the property owners had been served several notices dating back to 2013.