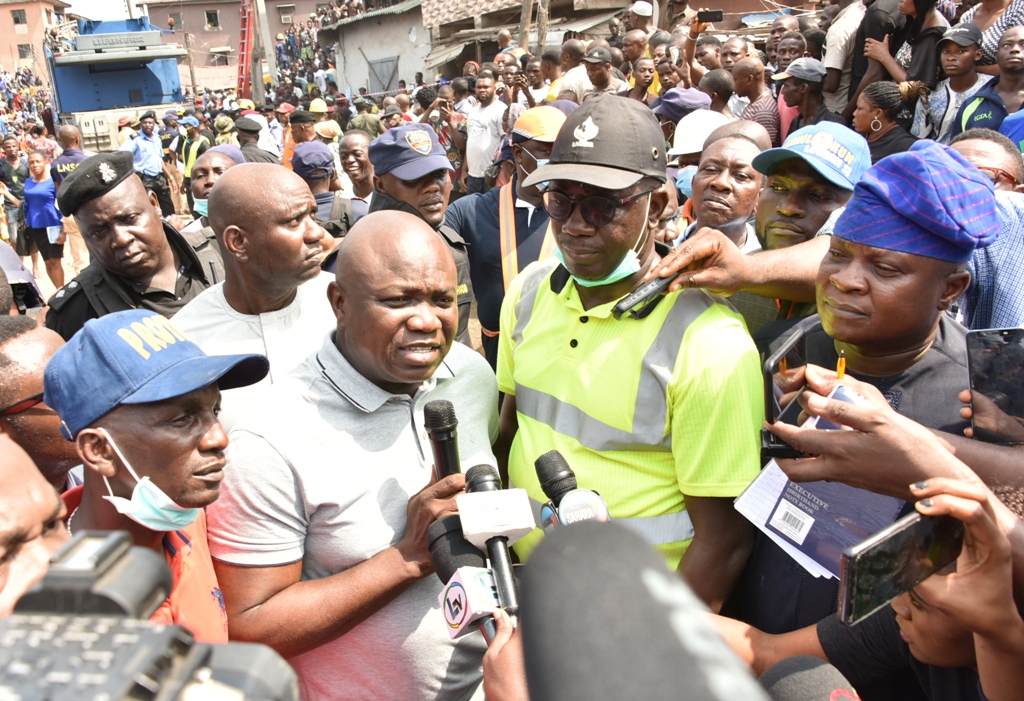 The Lagos State Governor Akinwunmi Ambode, on visiting the pathetic sight of the collapsed school building on Lagos Island, as well as the panic faces of parents, ordered a full-scale investigation into the tragedy.

The governor who got to the scene at about three and half hours after the occurrence yesterday, said, his Deputy, Dr (Mrs) Oluranti Adebule, had also visited the hospitals where some of the victims rescued had been taken to and assured that the state government would immediately take over the treatment of the victims and foot their entire bill.

Ambode said he had received information that the building was a residential one, with the school operating illegally within the premises, adding that about two floors of the building had sunk to the ground.

He said most of the buildings in the area had been marked for demolition, but that some property owners in the area defied such notices.

“The building is not technically a school but a residential building that was actually accommodating an illegal school, so to speak on the second floor.

“Like we have said, we have been carrying out a lot of integrity test on the buildings in this neighbourhood and some of them have been marked for demolition. But we get resistance from landlords. We must continue to save lives and would intensify our efforts to see that those that have failed our integrity test are brought down,” he said.

The sad incidence occurred on Wednesday around 10 am at No 14, Massey Street, Opposite Oja, Ita-Faaji.