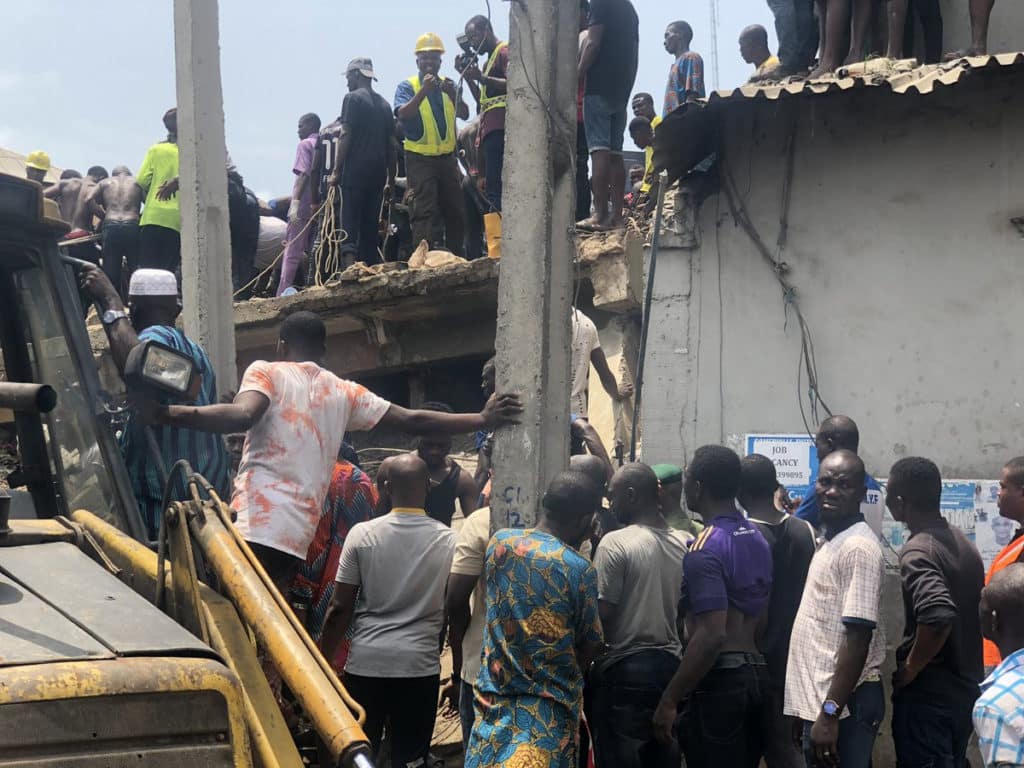 Nigerians were rudely interrupted earlier today by the sad news that a school building had collapsed in Lagos and that many school pupils have been trapped and others had died.

Rescue operations have been going on at the scene of the incident as sympathizers throng the site in Ita-Faji, Lagos Island. Now, a new report, albeit not confirmed, has shown that a woman has lost five children in the incident. This claim was made on Twitter by one Dr. Olufunmilayo who is quite popular on the platform.

“Collapsed building in Lagos island.”One woman has lost 5 children to it. “I hope this will not just end in the usual Nigerian “awww” “eyah” and a lot of silly smileys “We have to start investigating and jailing those responsible for avoidable deaths like this.” Although this report has now been verified, it has sparked an outpouring of grief on social media.