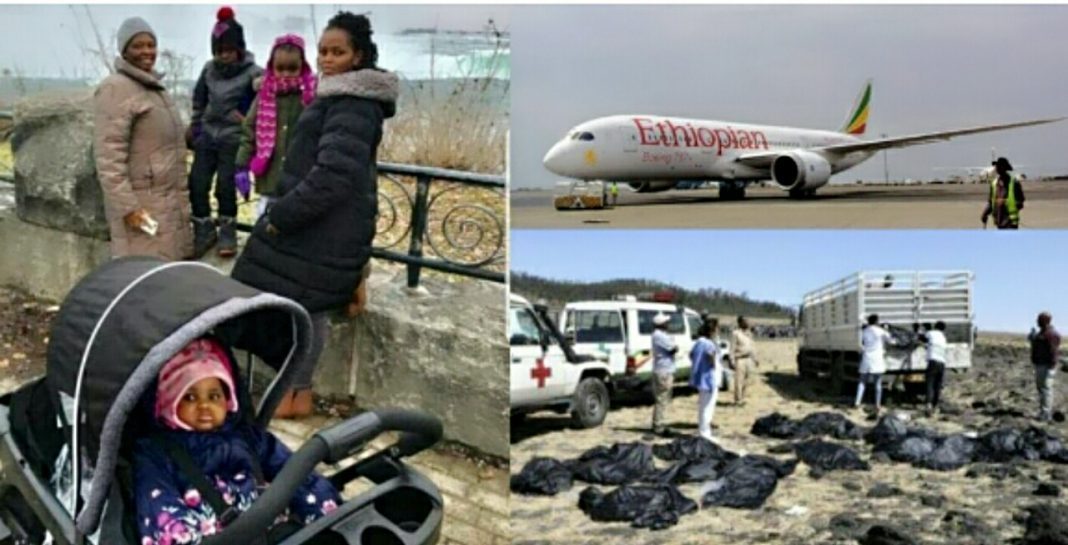 A photo of a family of five including their 9-month-old baby killed in the fatal Ethiopian airline crash has been revealed. One of the youngest victims of a tragic Ethiopian Airlines crash that killed 157 people Sunday is nine-month-old Rubi Wangui Njuguna, who was heading from her family’s home in Hamilton to Kenya to meet her grandfather for the first time this Easter.

The grandfather, Quindos Karanja, says Rubi’s 60-year-old grandmother, Ann Wangui Karanja, was also on the flight — as was Rubi’s 34-year-old mother, Carolyne Karanja, her seven-year-old brother Ryan, and her sister Kelly, who was four.

Rubi was the only Canadian citizen in the family.

Quindos Karanja said the family was on its way back to Kenya to see him. On Tuesday, the 60-year-old retired school teacher was trying to come to terms with the shock of losing so many loved ones.

“We don’t know what’s next,” he said in a telephone interview from Kenya.

The Ethiopian Airlines plane went down moments after takeoff from Addis Ababa’s airport Sunday, killing all 157 passengers and crew on board, including 18 Canadians.

Carolyne, a Kenyan, had applied to be a permanent resident in Canada. Ann Ktraveled Travelled to Canada for a visit in August and was supposed to be there for three months but had extended her stay.

The grandfather said he knows he has to be strong and accept reality, but he doesn’t know how to do that.
Quote

“It’s just hard to accept that this has happened. I feel so much loss. And pain. I’m lonely.”