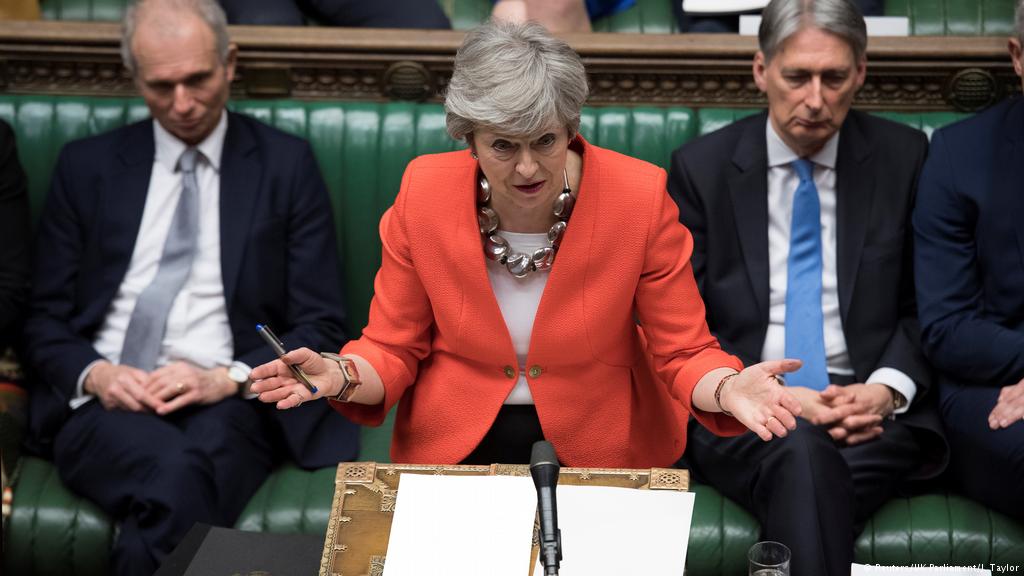 British lawmakers have rejected the Brexit deal of Prime Minister Theresa May.

The Britain parliament in the lower chamber House of Commons, voted 391 to 242 against her plan, in less than 24 hours after she claimed to have won important concessions from Brussels.

Naija News understands that the Prime Ministers Brexit Deal is being for the second time in two months, rejected.

However, the parliament seems ready to vote on Wednesday to decide if the European Union will leave without a deal, as promised by May.

May expresses optimism on the Brexit plans, in a brief statement that reads; “But I equally passionately believe that the best way to do that is to leave in an orderly way with a deal.”

The leader of the main opposition Labour Party, Jeremy Corbyn, said the result meant for May’s strategy in leaving the EU was “dead” and however called on the government to adopt his proposals for an alternative departure from the bloc.

A spokesperson for European Council, President Donald Tusk said that the second rejection by the members of the parliament has “significantly increased” the risk of a “no-deal” divorce.

“Should there be a UK reasoned request for an extension, the EU27 will consider it and decide by unanimity,” he said.