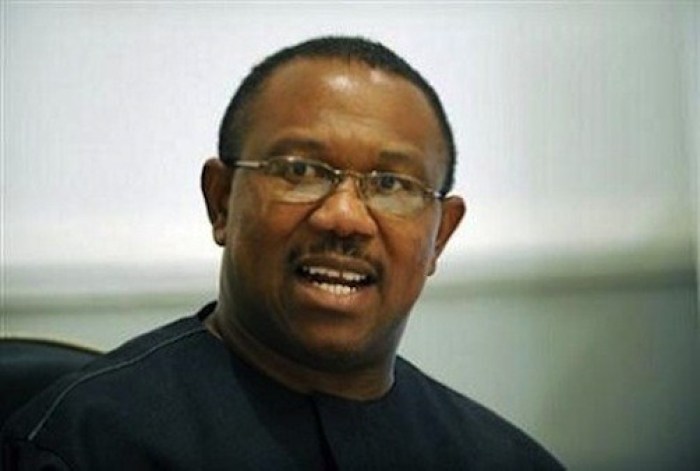 The 2019 Vice Presidential Candidate of the Peoples Democratic Party (PDP), Peter Obi, has urged the All Progressives Congress-led Federal Government not to allow the alleged electoral malpractices witnessed during the February 23 elections reflect in Saturday’s governorship elections.

Obi made the call in an interview with journalists on Thursday in Onitsha, the commercial nerve of Anambra state, southeast Nigeria.

The former governor called for peaceful and credible polls on March 9, noting that free and fair elections were required to strengthen the nation’s democracy.

His words: “The idea of trying to disrupt the exercise in the South-South should be discouraged because the area is critical to the development of the country.

“Once election is peaceful and without rigging, there won’t be any violence.

“But we have heard people say they will capture Akwa Ibom and Delta states, where we have two of the best crop of governors in the country.

“The South-South governors are already doing well and should be encouraged. If you go to Rivers, Delta and Akwa Ibom states, you will see visible and clear performance by their governors.”

The former Anambra governor urged the people of the South-East to remain peaceful during the polls.

Obi further spoke on the need for a robust and dynamic legislature at the state and national level.

He said that such dynamism was important for the executive to function effectively.

“Even if you have a majority of the legislators from other political parties, you can still deliver on your electoral promise as a governor.

“I once governed Anambra with diverse legislators and I did not have problems but rather achieved my set goals.

“People should be free to choose whoever they want to serve them,” Obi said.

Obi appealed to security agencies to be fair and impartial to everybody in the discharge of their duties during the polls.

His words: “They must know that their children live in the society and that if they leave it to be abused, it will take revenge on them.

“The society we abuse today will take revenge on our children tomorrow.

“That is why it is important for the sake of the country and posterity that what happened in the last election should not be allowed in Saturday’s exercise,” Obi added.