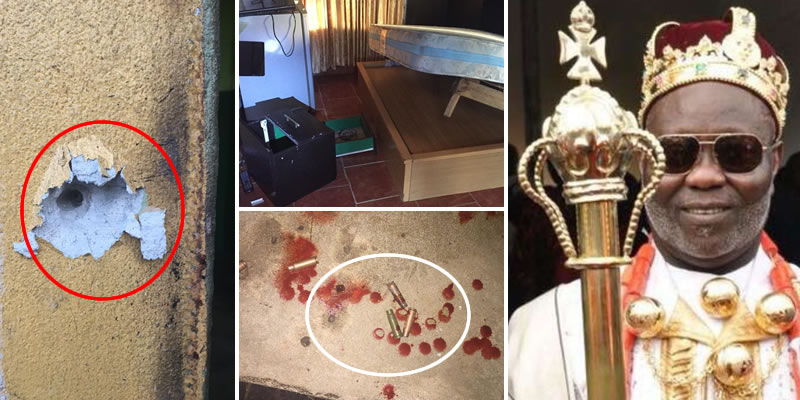 According to Sahara Reporters, the men broke into the palace of the former militant leader and ransacked the building.

The motive for the raid is yet to be revealed.

Photos of bloodstains and bullet holes from the King Tom Ateke

Tom Ateke, a former ex-militant leader, embraced amnesty in 2008 alongside his fighters.