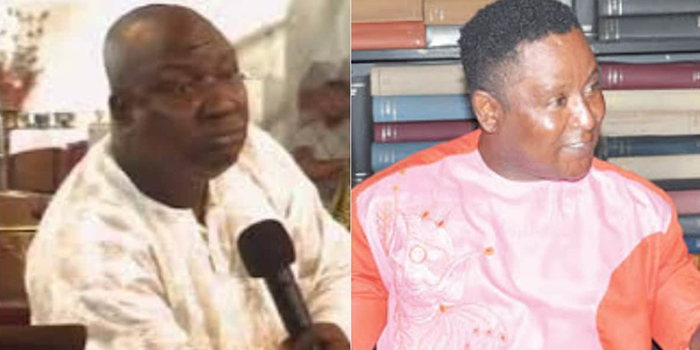 In Nigeria, religion is indeed a big deal. Many Nigerians are usually bonafide members of a particular religious assembly and denomination. Christianity is particularly one religion that many within the country subscribe to, and with this belief system, comes a whole baggage of strange, mysterious practices.

One of such practices that have pervaded the Christian space is the whole idea of a person dying and resurrecting back to life. But this is not even the major issue. Some of these Christians who claimed to have gone to heaven and come back also took to saying they were able to visit heaven and hell.

Even more, some of these people even claimed that their creator, God, purposely took their lives so as to show them the splendour of heaven and the horror of hell.

Then, when they resurrected, they claim that they were sent back, against their wishes, in order to be messengers meant to tell people what they saw. In this regard, here are five of the most popular people who have claimed to go to heaven or hell and come back.

Abraham Yakubu was a Muslim who later became a Christian after he supposedly had a life-changing encounter. As the story goes, he had a terrible accident which led to his acclaimed death. It was said that even doctors confirmed his death.

However, while he was lying dead, Abraham Yakubu said he was transported to heaven and hell where he was exposed to some revelations. He later reportedly came back to life.

In the year 2016, Abraham Yakubu was a big hit among the Christian folks. Although a lot of people before him had claimed to have gone to heaven, his testimony seemed sure and believable. In fact, the Muslim turned Christian toured around and caused a wave of fear among many. After that time, his popularity seemed to have waned over time.

Recently, a cleric of Uncommon Favour Evangelical Ministry in Ibadan, Oyo, took to revealing how he went to heaven and came back. The man named Shotunde Kayode revealed that he knew nothing of God. But somehow, he had an accident alongside 17 people.

His body was embalmed in the mortuary for three days as nobody knew who he belonged to. It was within this three days that he got an experience of heaven. He also allegedly received a ministry from God. On the fourth day, he said God told him to return and tell people of what he had experienced. This was what led him to establish the ministry he established.

This lady is the leader of an Apostolic church. She is founder of Holy Baptist Apostolic Church of Africa. According to her, she had been praying for people since the age of 19. But what made her start a church was that she once died in the hospital.

While the nurses were waiting for the doctor to come so they could tell him the sad news, she saw herself ascend into heaven. She went into the first, second and third layers of heaven. When she got here, an angel met her, told her to go back to earth and start a church, and just like that, she obeyed.

Samuel is a 10-year-old boy who supposedly said he went to heaven and came back. The young evangelist who hails from Edo had a lot to say about his experience in the place he called paradise. Another contemporary of Samuel is Tega. The young guy also claimed to have gone to heaven and hell.

Margaret is yet another person who claimed to have gone to heaven and come back. Alongside young Samuel, she released a video which was widely sold to Nigerians across the country.

Their stories, however, did not fly as much as the story of one Linda Ngaujah, a Sierra Leonean who shook Africa with her testimony and even pointed out names of people, pastors and dignitaries in her long, lengthy statements.