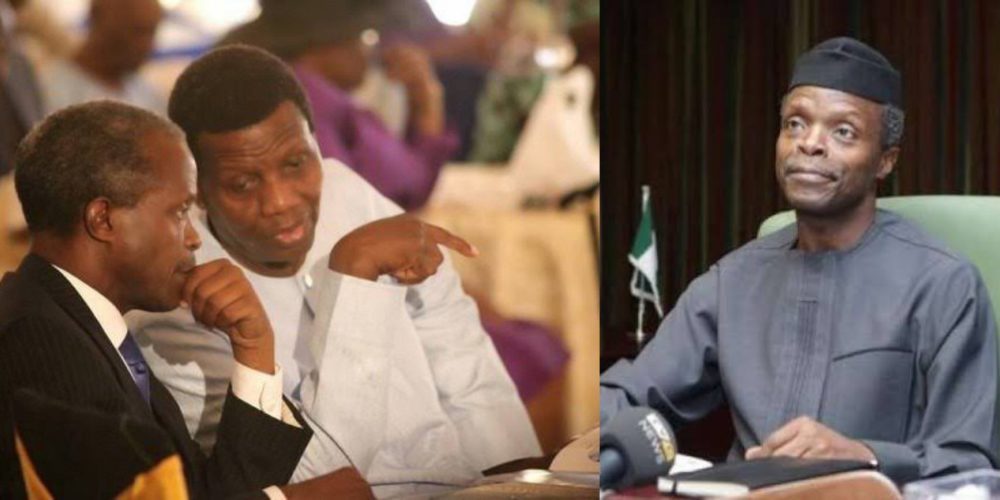 Osinbajo said this on Saturday at Adeboye’s 77th birthday anniversary.

According to him, “I am Yemi Osinbajo, Pastor in charge of Lagos Province 48 of RCCG, I thank God for the salvation of my soul.

“Two testimonies: The first is that on February 2nd, I came late for the Holy Ghost Service. After the service, I went to see Daddy in his office and he said he wanted to pray for me. My wife, Dolly, and I knelt down as he prayed, ‘Father, I want you to give special protection to your son.’

“He prayed that three times and stopped. Then he prayed it again.I was getting worried about why he had to pray that way.

“But anyway, later that day the helicopter I was travelling in crashed in Kabba. All 12 of us in the helicopter survived without a scratch. I want to bless the name of the Lord for that.

He added: “My second testimony is that on February 23, I was re-elected with President Buhari, for a second term as Vice President and I want to praise the Lord. Praise Jesus. Who did it? ‘Jesus!”