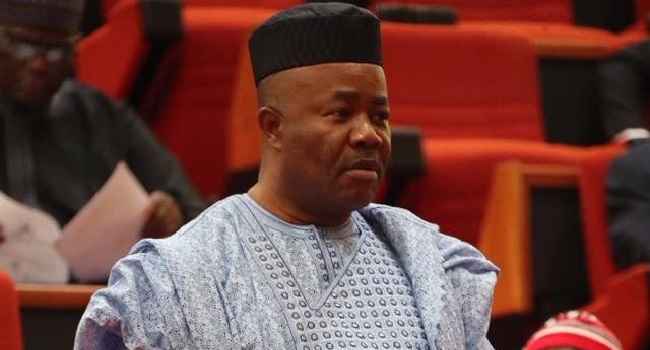 A Federal Capital Territory (FCT) High Court sitting in Apo, Abuja ordered the Independent National Electoral Commission (INEC) to stay action on the issuance of a certificate of return to any candidate in Akwa Ibom North West senatorial district election.

Justice Valentine Ashi made the order on Friday, following an application with suit No ‘FCT/HC/M/2680/19’, with Senator Godswill Akpabio as the applicant.

She restrained the respondent in the suit – the Independent National Electoral Commission (INEC) – from issuing any certificate, pending the determination of the suit before the court.

In an exparte motion dated February 28, 2019, with an affidavit deposed to by one Daniel Idoko and filed on March 1, Senator Akpabio prayed the court for leave to apply for “judicial review for the issuance of writ of Mandamus, prohibition, injunction, and other declaratory reliefs” against INEC.

He also asked the court to direct the respondent to stay further action, ”particularly further action in respect of issuance of certificate of return to any candidate in respect of the seat of senator representing Akwa Ibom North West Senatorial district on the account of election held on the 23rd February 2019.”

Granting the order, Justice Ashi said there was “some merit, especially in regards to the need to keep things in status quo.”

“Leave is hereby granted to the applicant to apply for judicial review for the issuance of a writ of mandamus prohibition injunction and other declaratory reliefs against the respondent,” she held.

She adjourned the case till March 8 for hearing and directed the parties to first address the court on jurisdiction on the next adjourned date.