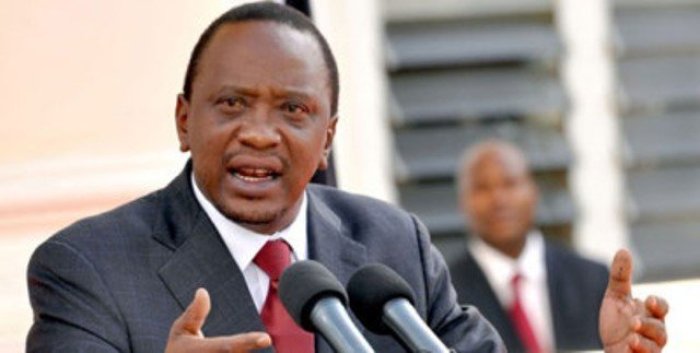 The Kenyan president fired his Cabinet Secretary for Sports, Rashid Echesa and replaced him with Amina Mohamed, who used to head the education docket.

Kenyatta ordered that the former Chairman of Kenya National Examinations Council, George Magoha will be the new cabinet secretary for education.

Mohamed who had served as Kenya’s foreign minister between 2013 to 2017, is a career diplomat credited for elevating Kenya’s diplomatic clout amid shifting geopolitical dynamics.

Magoha, who is a renowned scholar and ex-vice chancellor of the University of Nairobi, is credited for reforming administration of examinations for primary and secondary school graduates.

The reshuffle also affected several officials in the Kenyan government as the principal secretary for broadcasting and telecommunication, Fatuma Hirsi was also relieved of her duties.

Kenyatta revealed that the latest reshuffle was aimed at “enhancing efficiency, transparency and accountability at all levels of government through a governance structure and leadership that ensures rapid delivery of public services to Kenyans.”

“The portfolio responsibilities and changes made in the structure of government set out in this order shall come into immediate effect,” he added.