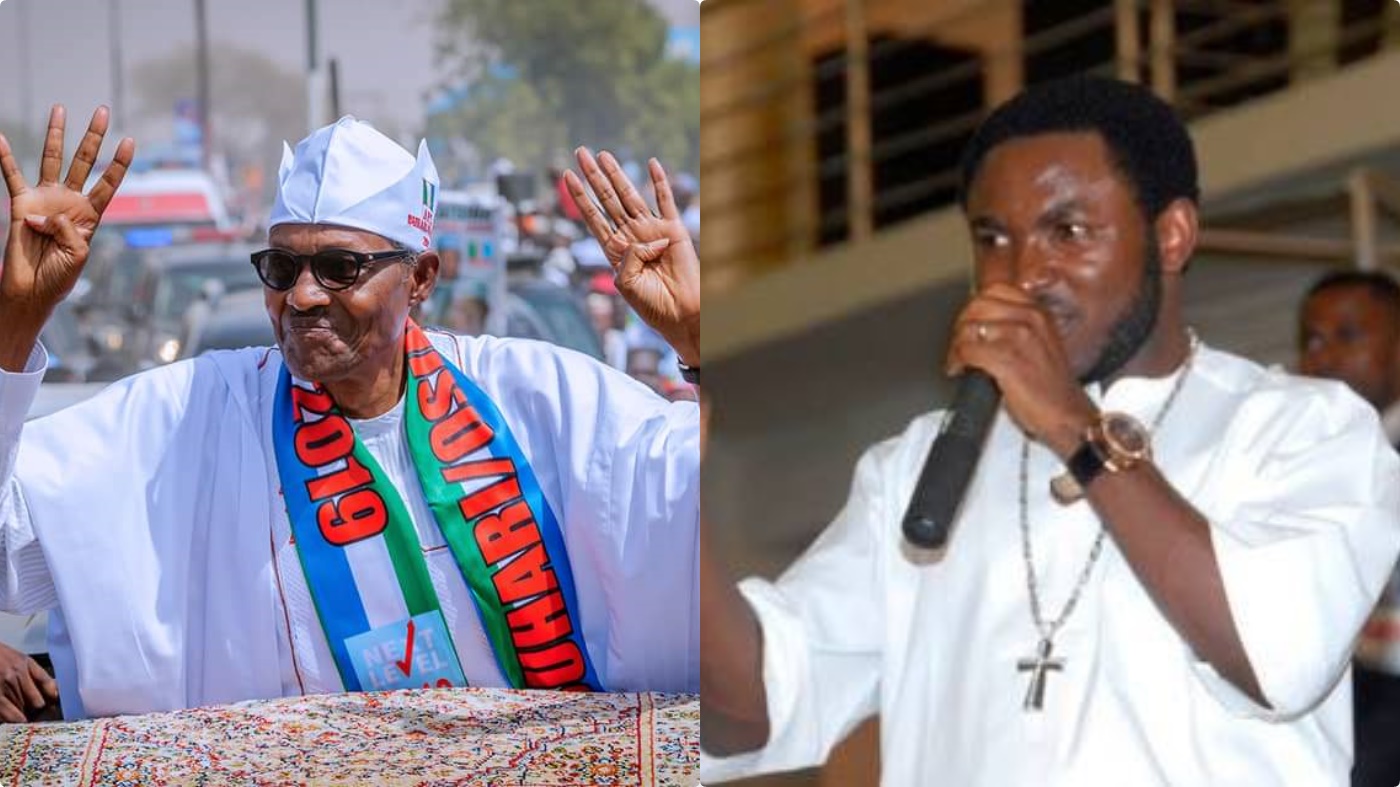 rophet Emmanuel Omale, founder of the Divine Hand of God International Ministries, Abuja, on Thursday disclosed that the reelection of President Muhammadu Buhari was a fulfilment of divine mandate.

The Christian cleric further revealed that Buhari’s return to power is in the interest of all Nigerians as it will usher in greater prosperity for all citizens.

Prophet Omale said this in a statement titled: ‘Buhari’s victory: I saw it coming,’ made available to newsmen in Abuja where he expressed optimism that the next democratic dispensation would bring a positive turn-around for Nigerians.

According to him, “It is a new dawn for Nigeria. Congratulations, Nigerians!, the prophecy of God has come to pass.”

Omale who congratulated Nigerians over the successful conduct of the Presidential and National Assembly elections, and the victory recorded, had earlier predicted a victory for Buhari in his new year prophecy.

The Independent National Electoral Commission in the early hours of Wednesday, declared Buhari of the APC winner of Saturday’s presidential election.

The prophet urged all Nigerians, including the opposition, to “put the results of the elections behind them and join hands with the winner, because the future is very bright for the nation and nothing should be done to thwart what God has in store for Nigeria.”

He stressed that it is a new dawn for Nigeria, adding that: “it is God that brought President Muhammadu Buhari on a mission and that the mission will be fulfilled to the benefits of all and sundry irrespective of their political, religious affiliation or ethnicities.

He, however, cautioned Nigerians to avoid speaking negatively against the President, but rather pray for him constantly as “this would attract favour to the lives of the poor or rich who comply with this divine injunction, in this next tenure of the Buhari administration.”

The Prophet in the statement added that “the elections had come and gone and God was set to bring the nation back to its feet and release His blessings on the land, so Nigerians must all unite to make it happen.”

“The re-elected President, as a father of the nation, should also be ready to carry everyone along irrespective of their political affiliations, religion and ethnicity.”