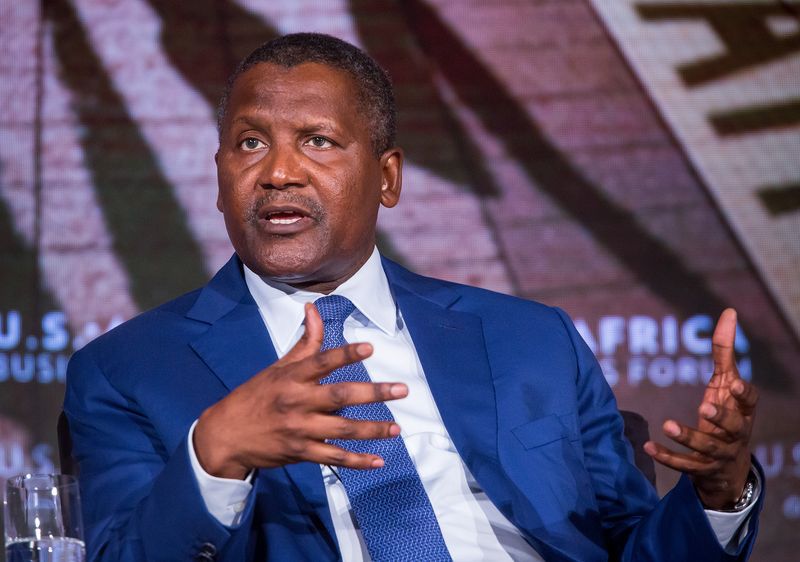 President, Dangote Group, Aliko Dangote has made a leap in the world billionaires’ list, as he emerged 64th richest person in the world, with an estimated net-worth of $16.6 billion, as against his previous ranking of 103rd in the world.

This is a move against the tides of recession, fluctuation of exchange rates which witnessed the last four years.

Dangote, who remains the richest man in Africa for the eigth year running, was the only Nigerian on the list of the top 500 billionaires, as released by Bloomberg in its yearly billionaires list.

Jeff Bezos, CEO, Amazon, remains the richest in the world with $136 billion in his kitty, while Bill Gates and Warren Buffett followed as second and third respectively with $98.4 billion and $83 billion on the world billionaires chart, which is dominated by North Americans.

Dangote’s estimated worth in the latest Bloomberg ranking far outstrips an earlier ranking by the Forbes Magazine, another elite publication which placed his fortune at $10.8billion in the 2019 Forbes Africa’s Billionaires’ list released in January, although he retained the rank as the richest African for the eighth consecutive year in the latter ranking.

There are only five Africans on the Bloomberg list of the world’s top 500 billionaires, with Dangote topping the group.

The fifth and last African on the list of 500 HNW individuals was Naguib Sawiris of Egypt, ranked No. 331 with an estimated fortune of $5.12billion.