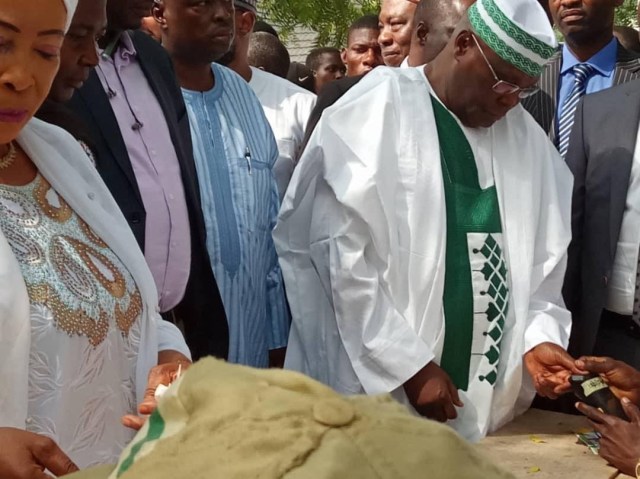 PDP Presidential aspirant, Atiku Abubakar and his wife, Titi, have both cast their vote at his polling unit in Yola, the Adamawa state capital.

Atiku who is a major contender in this election, was accosted by the press after he cast his vote. After he was asked if he will concede defeat if he loses in the election, Atiku said,

When asked what his expectation was in the election, the presidential candidate said,

“I look forward to a successful transition.”