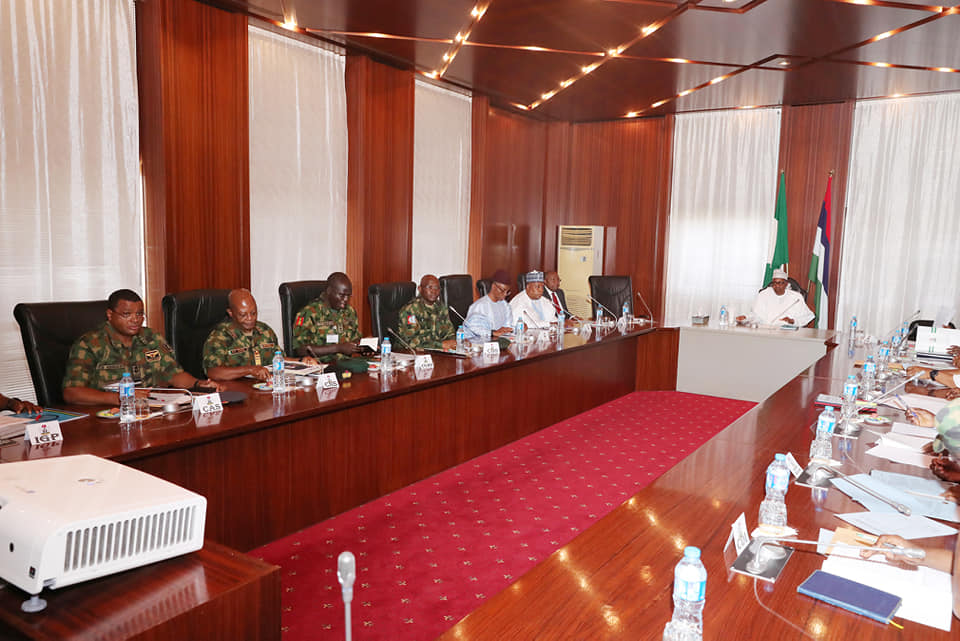 President Muhammadu Buhari has gone into a special security meeting with service chiefs and some state governors.

In Kaduna state, a communal clash in Kajuru local government area has led to killings and reprisals in the last two weeks.

Also in Borno, Boko Haram insurgents have stepped up attacks, recently ambushing the motorcade of the governor and killing soldiers.

Adamawa too has been under attack, but the army has repelled attempts by the insurgents to capture a military formation at Madagali town.

All the heads of security agencies as well as the service chiefs are in attendance at the meeting, which started Tuesday morning.