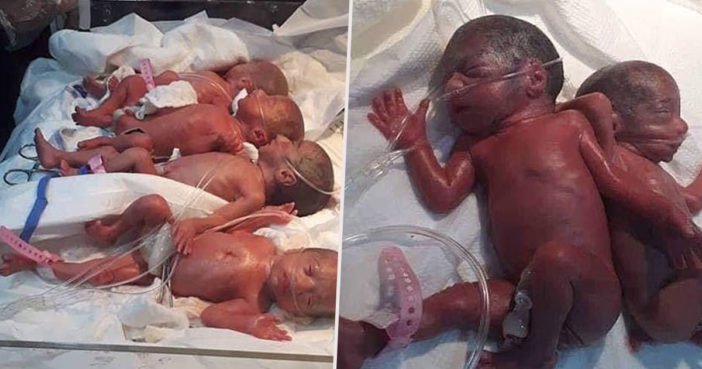 A new mother is in good health after having seven babies in a single natural birth, with all the children reportedly doing well.

The 25-year-old – who has not been named – gave birth at a hospital in the Diyali Province of eastern Iraq in what is believed to be the first septuplet case in the Middle-Eastern country.

A spokesman for the local health department released a statement saying the mother, along with her six girls and one son, are perfectly healthy.

The children’s father Youssef Fadl said he and his wife had not planned to expand their family and now have ten youngsters to look after.

Images show four of the tiny babies lying in a bed together.

And other pictures show two of the newborns lying together shortly after the remarkable birth.

This case follows a mother who gave birth to sextuplets – three girls and three boys – at the Saint George University Hospital in Lebanon.

These children’s father Youssef Fadl said he and his wife had not been considering having more children and they now have ten youngsters to look after.