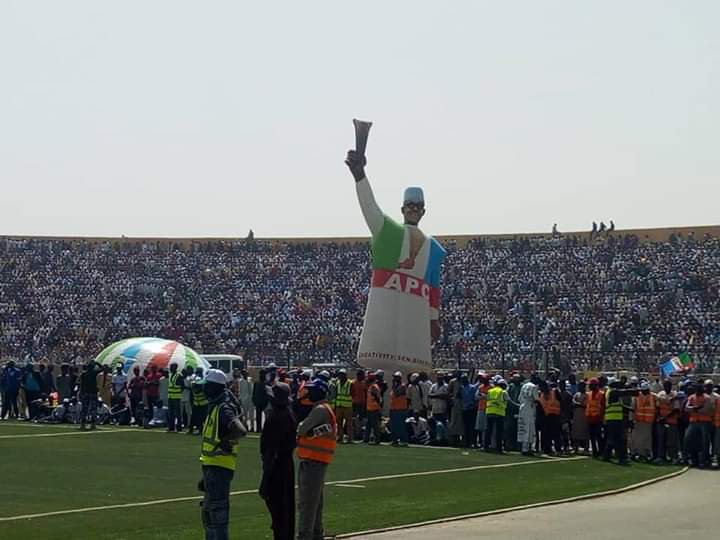 Thousands of APC supporters have taken over Katsina, the Katsina State capital, awaiting the arrival of President Muhammadu Buhari for his campaign rally in the state.

The News Agency of Nigeria reports that some of the supporters who arrived the city on Wednesday slept on the streets in spite of the cold weather.

NAN also reports that the Muhammad Dikko Stadium, venue of the rally, was already filled to capacity.

Already vehicle owners have to park five to ten kilometres away to trek to the campaign ground due to congestion as a result of massive human and vehicular movement.

Mr Buhari is expected to wind up his campaign this Thursday in Katsina from where he will proceed to Daura to cast his vote in the presidential election on Saturday in which he is a candidate.

There are also reports of massive hold up on roads leading to the state capital through Jibia, Batsari, Kaita, Daura, Mani, Dutsinma and Kankia, as the All Progressives Congress, APC, supporters come in from across the 34 local government areas in the state.

So far, there has been no report of any security breach, as police, military and para military personnel keep vigil in strategic locations.

NAN observed that traders were making brisk business, even as hundreds of APC supporters move round the city chanting praises of the president.