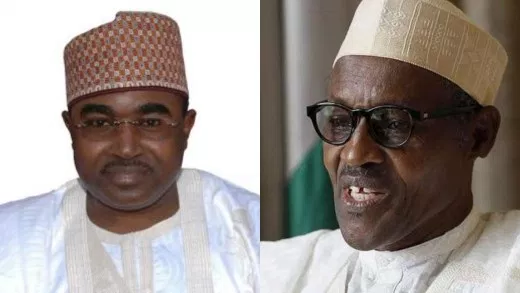 Former Military Administrator of Lagos State, Retired Brigadier-General Buba Marwa has said that President Muhammadu Buhari is a man of integrity, hence the reason has been endorsed by so many groups and parties across the country.

Brig Gen Marwa who was a guest on Sunday Politics, said the reason a group of retired Army Generals, Admirals, Marshals and former Military Governors/Administrators endorsed President Buhari for a second term in office is because they believe in his leadership.

“The endorsements on President Buhari by all and sundry, including military officers (rtd), most of who are not politicians is based on the fact that we all want good governance”.

“He (President Buhari) is incorruptible, upright, he has integrity, he’s honest, there isn’t even a whiff of scandal around his name,” Marwa said.

He noted that the best kind of leader is “the leader who leads by example. A leader who says do as I do and not do as I say”.

According to the former military administrator, the business of governance and leadership depends on who you trust.

“You tend to trust a person who has been in office, who has performed before,” Marwa said.