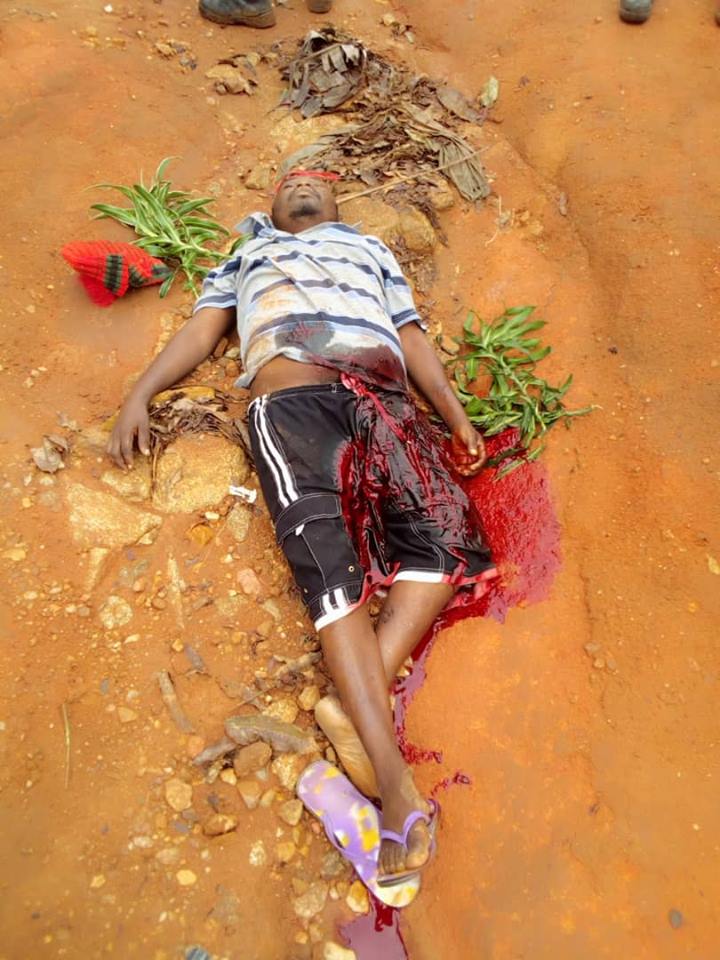 A man was brutally killed after being attacked by gunmen. It was gathered that the unidentified man was shot dead at close range by his attackers as the reason for the killing was not revealed.

Facebook user, Adoke Emmanuel who lives in Ondo state, shared the picture of the deceased as he blamed the security situtaion for the killing.

It was learnt that the deceased was left in the pool of his blood for hours after being shot by the gunmen.

His corpse has been evacuated. .