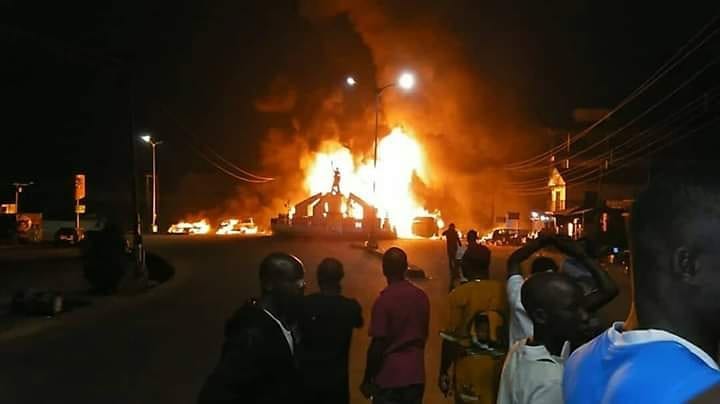 An explosion caused by spillage from a petrol-laden tanker at the Amawbia roundabout old Onitsha Expressway, Awka South area of Anambra State , yesterday , resulted in multiple casualties and destruction of property worth millions of naira.

It was gathered that the 33,000-litre capacity tanker fell and spilled its content round the area and drew fire from a nearby suya vendor around eight thirty pm.

ABS correspondent Chibuzo Obidike witnessed the rescue of the victims by men of the fire service who evacuated them to the State Teaching hospital.

Governor Willie Obiano on arrival at the scene sympathized with the victims and promised to pay the hospital bills, assuring that the state government would do its best in averting future occurrence.