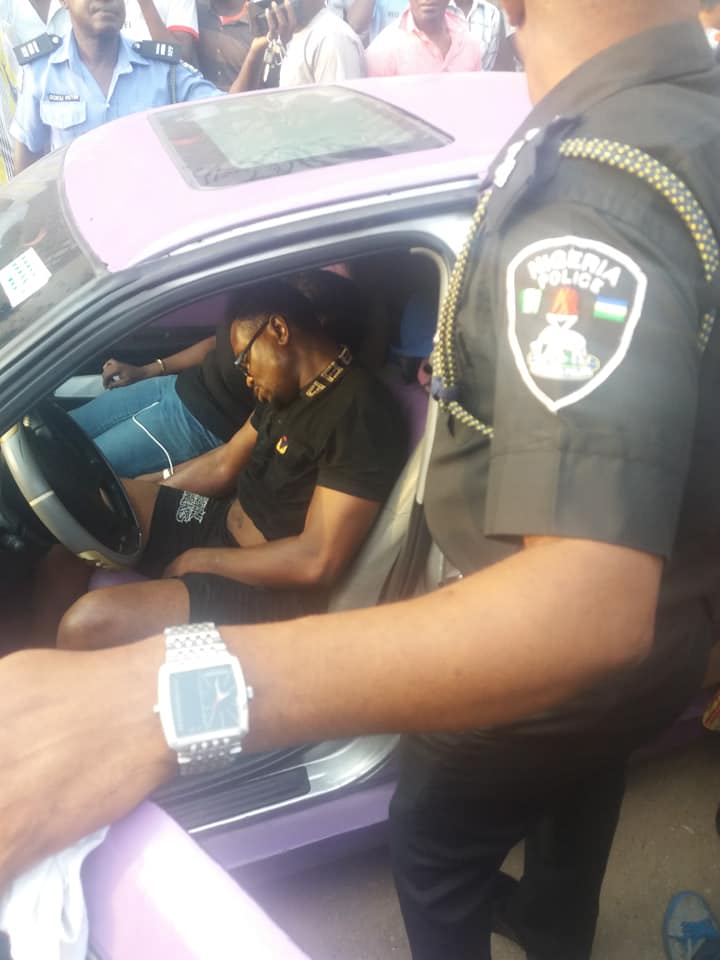 There was confusion at Maryland area of Lagos state after a man and woman were found dead inside a car earlier today.

The pair were found unconscious in the vehicle by a resident who raised an alarm and notified the police.

Police officers who arrived the scene, evacuated the corpses of the dead victims as investigation into their deaths are underway.

Residents were gripped with fear over the incident as many kept wondering what must have led to their tragic and untimely deaths.