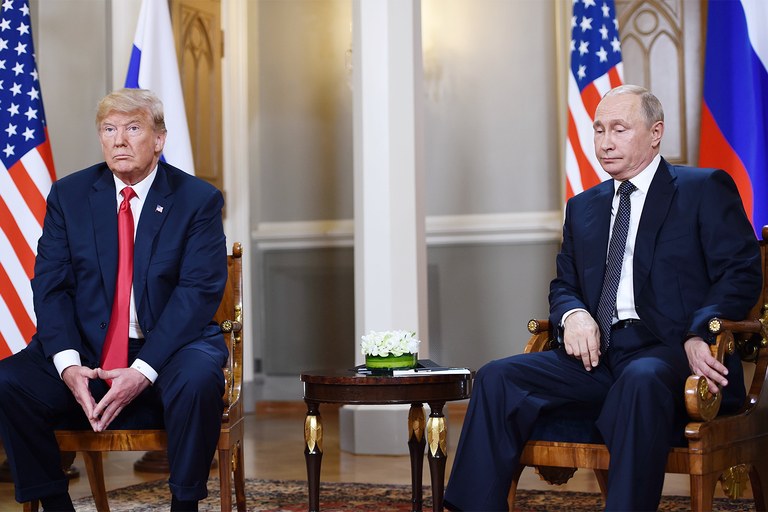 The United States said Friday it would exit a landmark Cold War nuclear missile treaty due to purported violations by Russia, which has warned of a new arms race in Europe.

Washington says a new Russian medium-range missile system breaches the Intermediate-Range Nuclear Forces Treaty, although US officials also have an eye on China as the 1987 pact restricts the United States but not the rising Asian power.

President Donald Trump said the United States was suspending its obligations under the INF treaty as of Saturday and starting a process to withdraw in six months.

Brokered by US president Ronald Reagan with last Soviet leader Mikhail Gorbachev, the treaty ended a superpower buildup of warheads that had frightened Europeans, banning ground-launched missiles with a range of 500 to 5,500 kilometers (around 300 to 3,400 miles).

“The United States has fully adhered to the INF treaty for more than 30 years, but we will not remain constrained by its terms while Russia misrepresents its actions,” Trump said in a statement.

Secretary of State Mike Pompeo said the United States, which formally announced its concerns two months ago, had raised the alleged treaty violation with Russia more than 30 times.

“Russia’s violation puts millions of Europeans and Americans at greater risk, it aims to put the United States at a military disadvantage and it undercuts the chances of moving our bilateral relationship in a better direction,” Pompeo said.

But Pompeo said the United States was still willing to talk to Russia in hopes that it comes into compliance.

Trump, speaking later to reporters, said he would like to “get everybody in a big and beautiful room and do a new treaty,” but in the meantime, the United States “can’t be put at a disadvantage.”

Russian President Vladimir Putin, who has sought a warm relationship with Trump but is widely reviled by the US establishment, has declared that the US withdrawal would set off a new arms race.