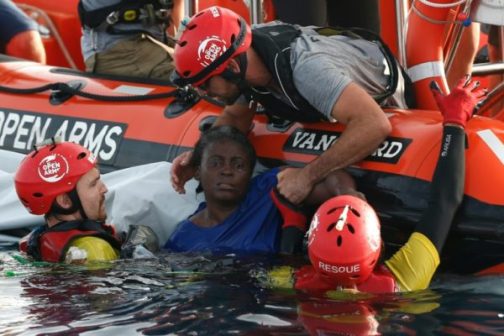 A female migrant being helped out of water: Italy shuts ports against migrants at sea

At least 130 African migrants are missing off the coast of Djibouti after two boats said to be overloaded, capsized in bad weather on Tuesday.

The International Organisation for Migration (IOM) said a team of gendarmes found two survivors and the bodies of five migrants after they were alerted by local residents.

The vessels were heading to Yemen from the region of Obock in Djibouti when the incident happened.

IOM staff identified an 18-year-old male survivor believed to have been among 130 passengers on the first boat, but he had no information on the second craft.