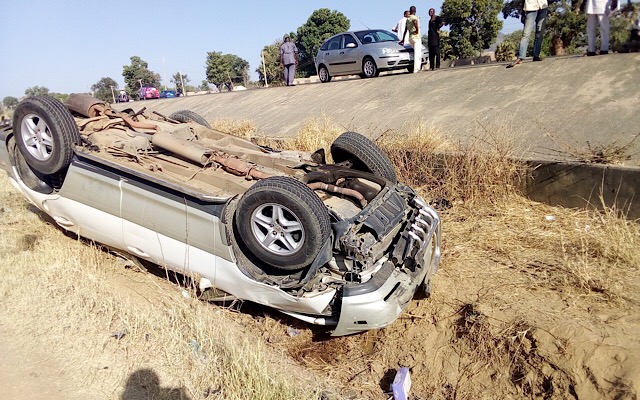 Four people have lost their lives in a road crash in Bayara, few kilometres to Bauchi metropolis yesterday evening, while eight others sustained series of injuries.

An eyewitness account has it that a Lexus car conveying six passengers from Bununu to Bauchi had a head-on-collission with a Ford Sharon that was heading to Dass Local Government of the state.

The eyewitness further informed that “Four persons died inside the Ford instantly while 6 persons badly injured inside the Lexus. The Federal Road Safety Corp had taken those who were injured to hospital.”

The driver who drove the Lexus was identified as Kabir Abubakar while the identity of the other driver was unknown.

When contacted on telephone, the Public Enlightenment Officer of the FRSC in Bauchi, Rilwanu Sulaiman, confirmed that three persons died at the scene while another person gave-up on arriving the hospital.

“I can confirm that four persons lost their lives while eight others sustain various degrees of injuries in an accident that involved two cars at Bayara. The Four that died are three men and a woman. The men died at the spot and the woman died while being taken to the hospital. Our operatives were at the scene of the accident and other victims were taken to the hospital.”