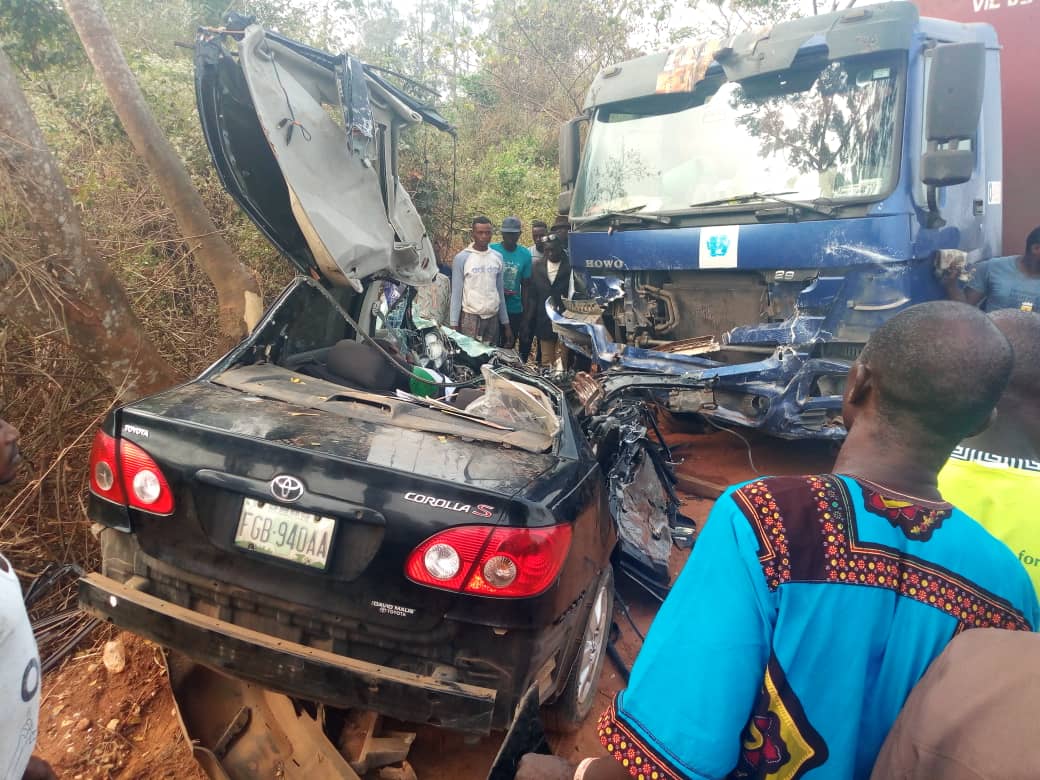 Three persons have died in a motor accident around Olokuta axis on Ondo -Akure road.

The two vehicles were in a head-on collision.

An eyewitness told TVC News that the accident was caused by the driver of the car who was on top speed.

The victims in the ill fated crash include a man, a woman and a boy who are suspected to be members of the same family.