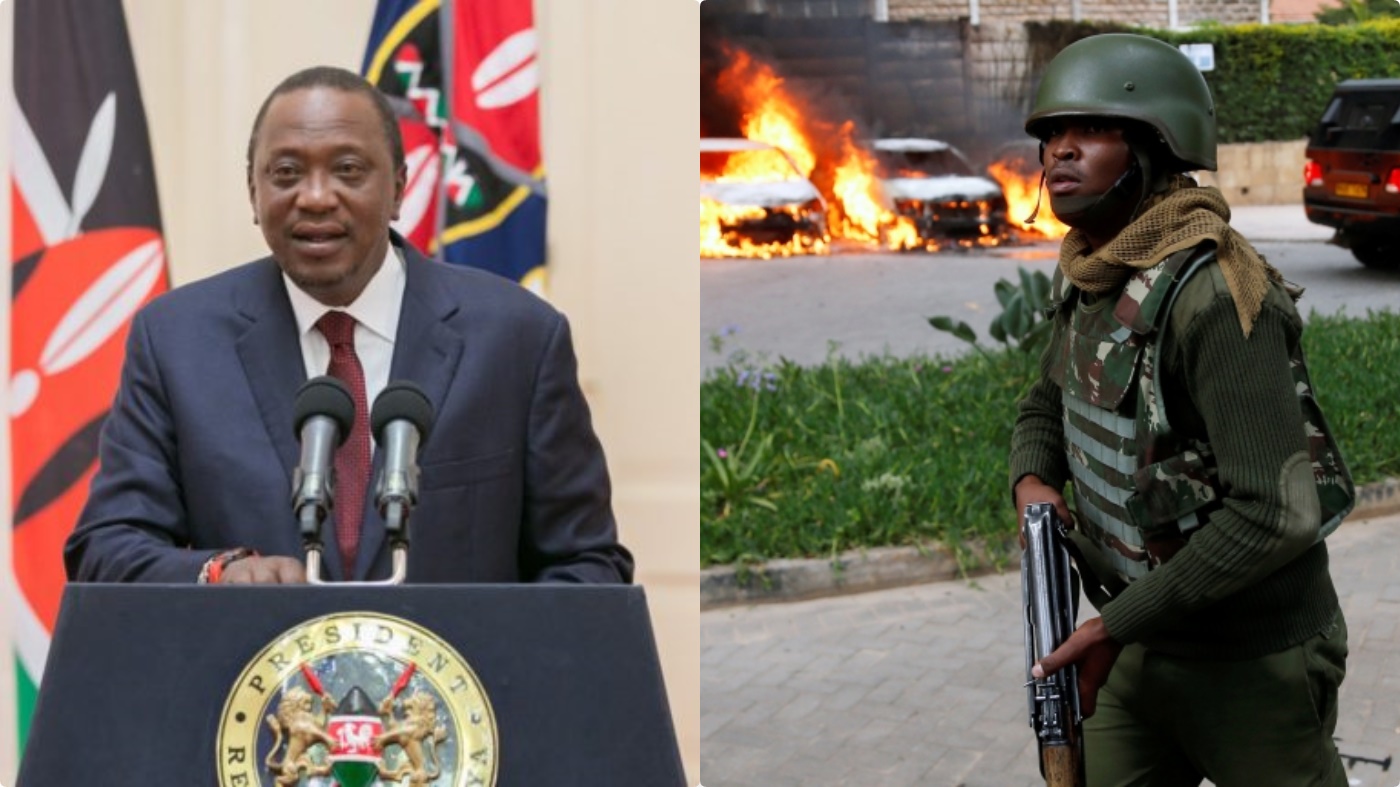 Kenyan President Uhuru Kenyatta has announced the end of the terrorist siege on a hotel complex in Nairobi, with all the Al Shabaab terrorists killed.

More than 700 civilians were also rescued from the attack, he said in a televised address.

President Uhuru Kenyatta also gave the death toll as 14 from the Tuesday afternoon terrorist attack at the 14 Riverside Dusit complex in Westlands, Nairobi.

“The security operation at Dusit is over and the terrorists eliminated. As of this moment, we have confirmation that 14 innocent lives were lost trough the hands of these murderous terrorists with other injured,” said Mr. Kenyatta.