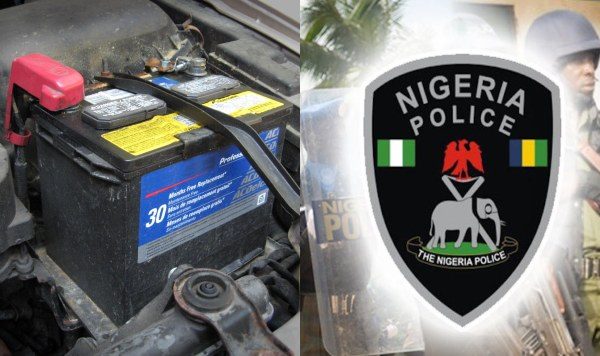 A 45-year-old man, Yusuf Ibrahim, has lost his life in jungle justice after a mob lynched him over a car battery allegedly stolen at Nato Park, Tin Can Island, Apapa, Lagos.

It was later discovered that the battery was found with one Yusuf Yahaya, who works around Tin Can First Gate – some distance from the park.

Our correspondent learnt that the incident happened on Monday, January 7, 2019, around 7.30am.

The victim was said to be one of the destitute people who sometimes passed the night on the premises, where trucks are parked.

It was gathered that when one of the truck drivers resumed duty that morning, he discovered that the battery of his vehicle was missing.

He raised the alarm and a search party was formed to fish out the perpetrator.

A commercial motorcyclist (popularly known as okada rider) in the area, who identified himself only as Salisu, told newsmen that some drivers suspected Ibrahim and accosted him.

He said, “I was on my motorcycle, coming from Liverpool, Apapa that morning when I saw a crowd at the park. I moved closer and saw a man (Ibrahim) covered in blood. He had been beaten to a pulp. I asked people what happened and they told me he stole the battery of a truck.

“The man had lost his strength and he was almost dead. Passersby were afraid to take him to a hospital. I later left the scene for fear of being implicated.”

Salisu said about 30 minutes later, he went back to the scene and was told that some policemen had come to remove Ibrahim’s corpse.

READ  17-Year-Old Housewife Narrates How She Killed Her Husband

He said sadness overwhelmed him when he learnt that the battery was found with somebody else.

READ: Nigerian man who just returned from the US accuses policemen of threatening him with cultists (Video)

“It was discovered that the battery was actually stolen by a young man called Yahaya. I learnt he worked around Tin Can First Gate,” the okadarider added.

Another eyewitness, who identified himself as Danladi, said entreaties by some people to stop the mob from lynching Ibrahim were rebuffed.

He said the mob dispersed the scene upon noticing that the victim was dying, adding that some suspects had been arrested by the police.

“It was very unfortunate that the man was killed for a crime he did not commit. Even if he had stolen the battery, I don’t see why they should beat him up. I used to see him around the park, but I don’t know where he lived. The police should bring his killers to justice,” the eyewitness said.

The Police Public Relations Officer in the state, CSP Chike Oti, while confirming the incident said six suspects, including Yahaya, had been arrested.

Oti stated that the command frowned on mob justice and urged people to desist from the dastardly act.

He said, “On Monday, around 7.30am, we received information that one Yusuf Ibrahim, aged 45, of Nato Park, Tin Can Island, Apapa, was allegedly beaten to death by some drivers at the aforesaid address.

“A team of detectives was swiftly dispatched to the scene upon receiving the distress call. It was found out that the deceased was wrongly alleged to have stolen a truck battery, which was later found with one Yusuf Yahaya. The victim’s corpse has been evacuated to the Apapa General Hospital morgue for autopsy. However, the said Yusuf Yahaya and five other suspects that carried out the jungle justice on the deceased have been arrested.”

The PPRO said the state Commissioner of Police, Edgal Imohimi, had directed that the case be transferred to the homicide section of the State Criminal Investigation and Intelligence Department, Yaba, for thorough investigation.

“The suspects will be charged to court as soon as investigation is concluded,” he added.