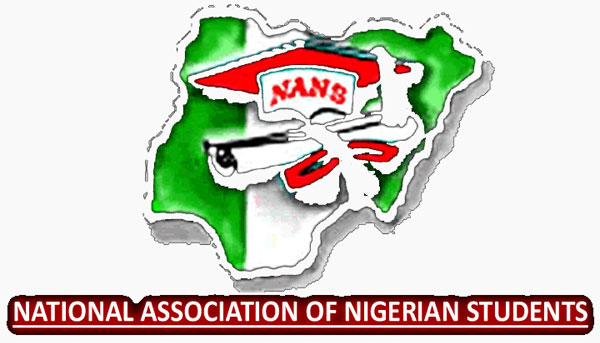 The leadership of the National Association of Nigerian Students (NANS) has distanced itself from the purported allegations by the Academic Staff Union of Universities (ASUU) claiming it received N150 million from the presidency.

The students’ Union body disclosed this in a statement signed by Mr Adeyemi Amoo, it’s National Public Relations Officer (PRO), and made available to the News Agency of Nigeria (NAN) in Abuja on Saturday.

Amoo called on Nigerian students to discountenance the allegations by ASUU, saying that the association was ready to protect the interest of all the students.

He said President Muhammadu Buhari, who is a known person in character and style to virtually all Nigerians, would never dole out such amount of money for any reason, which would not be of any national benefits or developments.

President Buhari on January 3, met with the leadership of the Nigerian Students to resolve issues with ASUU.

The meeting centred on ways to smoothen unresolved issues that led to the industrial action.

“Our attention has been drawn to the purported and sponsored allegation, that NANS had been bribed by President Muhammadu Buhari with a whooping sum of N150million to protest against ASUU.

“We commend the well meaning, intellectual and genuine civil society groups for not falling cheap for this blackmail, as we’ve gotten informed and reliably that they’ve also been lobbied by ASUU to join them in pushing such blackmail.

“We are not surprised that this blackmail isn’t flying beyond the pseudo groups they’ve been able to arrange and mobilise with cash.

“President Muhammadu Buhari, is a known person in character and style to virtually all Nigerians, even the oppositions knows that Buhari will never give out such amount of money for any reason(s) that is not of national benefits or developments.

”No doubt this propaganda might have seen the acceptance of the masses if it wasn’t targeted towards Buhari himself.”

Amoo explained that NANS had earlier declared November 17, 2018 as a nationwide day of mass action tagged: “SAVE EDUCATION RALLY ” held simultaneously across the states of the federation, to protest the incessant strikes across universities, polytechnics and colleges of Education.

He added that in October 2018, NANS national leadership, met with the Minister for Education, to fine-tune ways of putting a long term end to the regular carnival of strikes in the educational sector.

“We thereby demanded as the major stakeholders in the sectors, to always have representatives at the meeting of ASUU with Federal Government, as this was targeted towards adding to the strength and voice of ASUU, so as to make government yield to there demands in time.

“The Federal Government on her own side sees the request of been an observer at the negotiation table with ASUU as a welcome development.

“NANS was invited twice to the meeting of Federal Government with ASUU, ably represented by the NANS national president, Danielson Akpan, but was walked out twice by the ASUU leadership, insisting that such negotiations must not be done in the presence of younger ones.

“NANS leadership begins to wonder what reasons might be behind the blind insistence of ASUU that NANS must not observe the meeting, when the Federal Government has wholeheartedly approved our attendance at such meetings.”

Amoo said the NANS leadership, ordinarily would have informed the students and the general public on this actions by ASUU, but decided not to give room for the government, to see the actions as an advantage to blackmail the ASUU.

He added that NANS after exhausting all means, resolved to issue an ultimatum to the Federal Government and ASUU to return to negotiation table to urgently safe students from getting involved or addicted to various forms of social vices.

According to him, NANS, in the course of getting things resolved urgently, sorted an audience with president Muhammadu Buhari, which was granted and held on January 3 at the presidential villa.

“At the meeting, NANS appealed to president Muhammadu Buhari to as a matter of urgency resolve the ASUU strike, for him not to loose the support of over 20million Nigerian students.

“This was the statement of the NANS president at the meeting as against the cheap blackmail that NANS has assured Buhari of mobilising 20million votes for him.

“NANS, therefore, uses this medium to inform Nigerian students and Nigerians at large, that its leadership will not, has not and will not for any reason sell the interest and integrity of our dear organisation.

“We want to tell ASUU that NANS is not for sell, we have not and will not turn our struggles to source of empowerment,” he said.