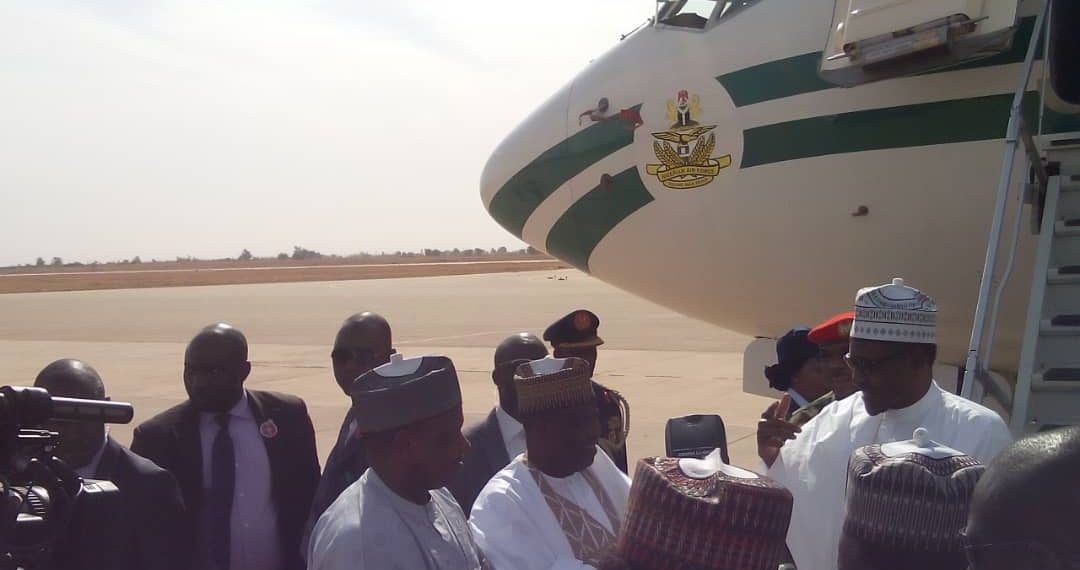 President Muhammadu Buhari is in Sokoto on a condolence visit to the family of former President, Alhaji Shehu Aliyu Shagari and the Sokoto Caliphate.

The Shagari exclusive: I didn’t want to be president
Shagari died on last Friday in Abuja and was buried on Saturday in his hometown, Shagari, in Shagari Local Government Area of the state.

The president arrived Sokoto State through Sultan Abubakar III Airport, at about 12 noon. He proceed to the palace of Sultan of Sokoto, Alhaji Sa’ad Muhammadu Abubakar III to condole with him.

The president’s will meet with late Shagari’s wives on their Sama Road residence to pay his last rest to the deceased.

Buhari had earlier sent a Federal government delegation led by the Secretary to the Federal Government, Mr. Boss Mustapha, to attend the funeral rites of the late former president.

Also in the delegation were Minister of Justice and Attorney General of the Federation, Abubakar Malami; Minister of Agriculture, Chief Audu Ogbeh; Minister of Trade and Investment/Women Affairs, Aisha Abubakar; Minister of Aviation, Senator Hadi Sirika and Minister of Education, Malam Adamu Adamu.