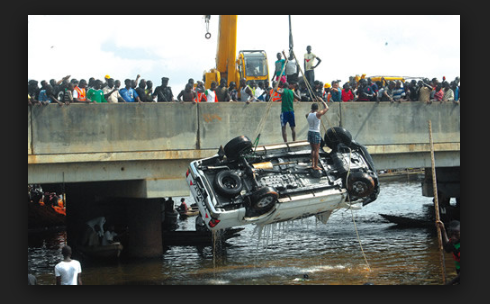 No fewer than eight people were reportedly killed on Saturday when two vehicles plunged into the Ekpan River in Delta State.

It was learned the incident which involved a Sports Utility Vehicle (SUV) and a commercial mini-bus occurred in the morning at Uvwie Local Government Area of the state.

According to an eyewitness, the SUV rammed into the bus along the NPA Expressway, although there were conflicting reports as to whether it was one of the vehicles or both them that plunged into the river.

The vehicles which were both conveying passengers were said to be heading towards Effurun Roundabouts from Warri.