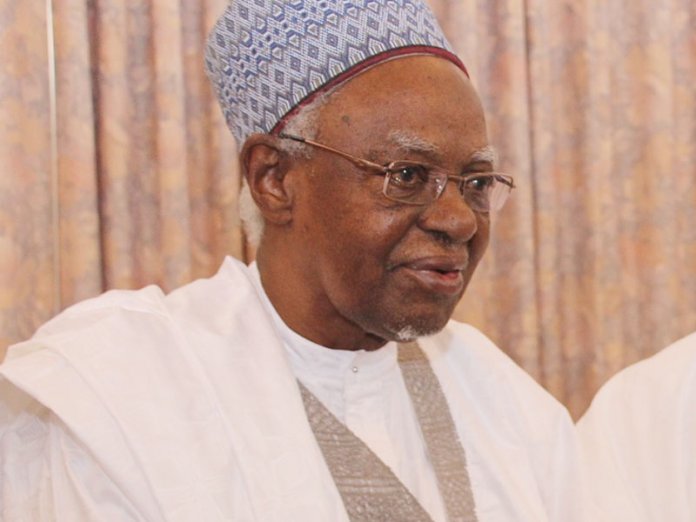 The remains of the Second Republic President, Alhaji Shehu Aliyu Shagari have been interred.

His body was laid to rest in Shagari town, his country home, at about 3:30 shortly after the funeral prayers were offered by sympathisers who thronged his residence.

Ministers of Justice, Trade and Investment, Women Affairs and Agriculture, Malami Abubakar, Aisha Abubakar and Chief Audu Ogbeh respectively were among of the Federal government delegates who attended the funeral rite.

Earlier, the remains of the late president arrived Sultan Abubakar III International Airport, Sokoto, at about 12:55pm in a presidential aircraft marked 5N-FGZ.

The body was received by the state governor, Alhaji Tambuwal, alongside former Governor Bafarawa and members of the State Executive Council.

It later departed Shagari on Nigerian Air Force ambulance belonging to the NAF-119 Forward Base, Sokoto and arrived at about 1:50pm.