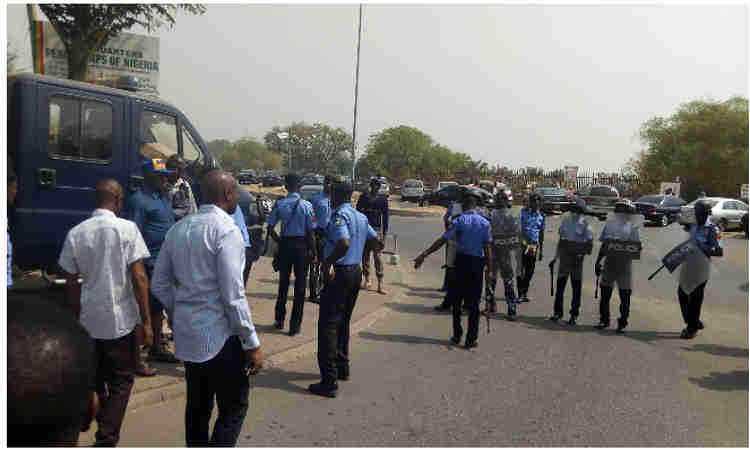 The Nigeria Police Force on Wednesday denied reports that its operatives absconded from training at the Special Forces School, Buni-Yadi, Yobe State.

Concise News understands that the policemen ran away after they learned that they would be deployed in active combat against the deadly Boko Haram terrorists in Nigeria’s northeast region.

However, in a statement released by Police Public Relations Officer, Jimoh Moshood, the police categorically denied the reports.

Moshood said: “The Force wishes to categorically state that the story is untrue, absolute falsehood and a deliberate attempt to cast aspersions on the efforts of the Nigeria Police Force in the ongoing fight against the Boko Haram insurgency.

“The insinuation in some quarters and as reported in the story that 167 out the 2000 additional Police Officers recently deployed by the IGP absconded is not correct and should be disregarded by members of the public. These 2000 Police personnel are to complement the efforts of the Military to add new impetus to the fight against the decimated Boko Haram insurgency.

“This story was investigated and it was found out not to be correct, there is no reason whatsoever that Police personnel deployed for the operations in the North East would abscond. The Police Mobile Force (PMF) personnel have been engaged actively in the front line along with the Military in the fight against Boko Haram terrorist group since the inception of the insurgency.”