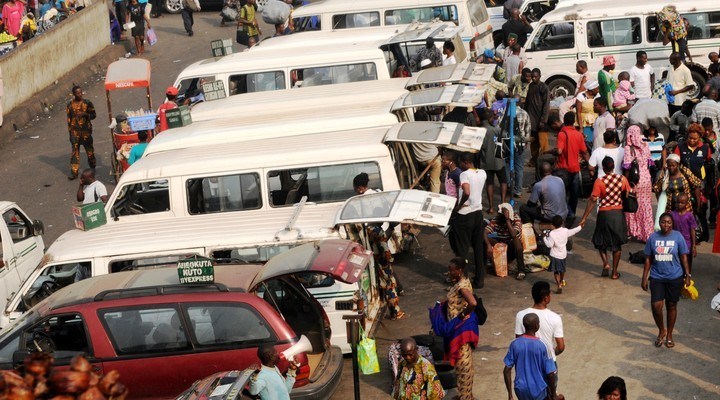 Most travelers moving from one part of the country to the other parts during this yuletide have lamented disruptions in their movements occasioned by increase in transport fare; flight delays and cancellations as in case of air passengers.

As early as 15th of December, 2018 airline passengers traveling from the Murtala Muhammad Airport, Lagos, to other parts of the country have already started facing hard times as there were fewer airlines operating optimally.

Consequently, fares from one point to the other increased drastically. For example, Lagos-Abuja flight as at yesterday, Saturday, 23rd December 2018 which were going for N30,000 for an economy ticket before went up as high as N50,000 to N60, 000.

While many passengers experienced delays, others complained, that they were stranded at the airport as the airlines operating were under pressure, owing to the current surge in traffic due to the end of year festivities.

On a visit to MMA2 on Thursday, December, 20, it was observed that the busiest route is Lagos-Abuja which recorded influx of passengers in the last few weeks. For instance, a flight which was supposed to take off by 12noon was rescheduled for 1: 30, making passengers wait for two more hours.

To add to the pressure, only few airlines that are operational are currently plying specific routes, leaving passengers on other routes under pressure amidst the surging traffic.

As at the moment, only Air Peace, Arik Air, Dana Air, Aero Contractors, Med-View, Azman Max Air and Overland are on ground on the domestic front out of the numerous domestic airlines that Nigeria is known for.

Although, Dana took a break for sometime but with the successful completion of recertification of Dana Air by the Nigeria Civil Aviation Authority (NCAA), Dana Air has helped to boost easy movement of passengers, especially on Abuja, Owerri, PortHarcourt and others.

See also  I am having serious health challenges & I also need to fight for my people, give me bail, Orji Uzor Kalu cries out

Already, the management of Arik Air had last week informed their customers that there will be a slight disruption during this yuletide due to some operational issues and adverse weather conditions in the coastal areas, especially Benin, Enugu, Asaba and Warri.

Based on that, the airline stated that some flights may either be rescheduled or cancelled, subject to aircraft and airport closure time constraints. Although, Medview has recommenced Lagos, Yola, Maiduguri but it’s operation had been downgraded to non-scheduled status over fleet reduction for a period of time.

Recounting his experience, an air traveller, Mr Basil Peter Nwaka who was traveling to PortHarcourt said “It has been tough for me since I arrived this airport. We all know that there is shortage of airlines in the entire industry and passengers are growing by the day. I advise the authorities to do the something about it”

Another air traveller, Mrs Kemi Ojo told LEADERSHIP that she regretted using Air and that she should have gone by land. “Those who have gone by land will be approaching Abuja by now. I am still here. Only God knows when our plane will be ready to fly”, Mrs Ojo lamented.

Beyond the fare hike and other factors, another reason why there are delays and cancellations of flights at airports is the weather condition.

Few weeks ago, the Nigeria Civil Aviation Authority (NCAA) warned pilots and airline operators to observe safety precautions in line with Nigeria Civil Aviation Regulations (Nig.CARs) during flight operations in adverse weather conditions. NCAA gave the warning via an Advisory Circular with reference no. AC: NCAA-AEROMET- 26: to all Pilots and Airline Operators.

This Circular signed by the Director General of the Authority, Capt Muhtar Usman came to the fore as the rainfall cessation will likely herald a long and severe dust haze (Harmattan) in the months ahead. With this information, Pilots are expected to be cautious and uphold Standard and Recommended Practices (SARPs) while conducting flights during hazardous weather associated with dust haze at this period.

On land transportation, motorists in different parts of the country, especially South Easterners, heading home for Christmas and New year holiday, the Lagos-Benin Expressway and other adjourning roads has been experiencing heavy traffic. Although the roads are far better now, travellers still experience gridlocks on the way. In fact, even those that left Lagos early, will still have the Onitsha Bridge Head traffic to contend with, as it has become a yearly ritual.

Gradually, the cities are getting empty, as residents leave in their large numbers to go celebrate with loved ones in their villages. By tomorrow, the impact would have been felt in Lagos, Abuja, Port Harcourt and other cities in the country. Even those who had complained of lack of finances for their traveling would have left their bases in the cities to their various destinations.

From Oshodi under bridge Motor park to Ojota, Ijora, Iyana -Ipaja Motor parks, commuters thronged in large numbers trying to either make bookings ahead of travel date or enter buses to their various destinations.

Transport companies have in reaction to the upsurge in demand to travel, hiked fares indiscriminately. For instance, according to reports, transport fares from Lagos to Port-Harcourt at a Bus Transport Service Company was increased from N9,500 on Monday to N10,500 the next day as against N6,000 paid before now while fares from Lagos to Benin and Warri stood at N6,500 compared to N3,000 hitherto paid.

See also  North vs South: Nwodo Reveals Those To Blame For Food Blockade

A commuter who was booked to travel on Sunday from Lagos to Port-Harcourt could not make the journey due to interception by armed robbers disguised in a commercial vehicle as passengers in the early hours of the morning.

Narrating his ordeal in the hands of the dare devil armed robbers, the man referred to as Mr. Chidi Odia said “I entered a bus from Abule -Egba on my way to Iyana-Ipaja to enter a bus, only for some passengers seated at the back to lock the door and demanded for my belongings and that of other passengers”.

According to him “I was beaten mercilessly and stabbed on the head with blood gushing from the injury sustained. The hoodlums took away my wedding ring and ATM Card with which they withdrew over N200,000”.

Meanwhile, some are already in the villages ahead of the Christmas and New Year celebrations, others who still have other engagements in the cities will eventually travel for the New Year, even after the Christmas.

To this group, there is no better place to begin the New Year than their ancestral home, as they consider the spiritual connection. The Lagos State Command of Federal Road Safety Corps (FRSC) has in response to increase in traffic deployed Regular and Special Marshals to check excesses of motorists during the yuletide.