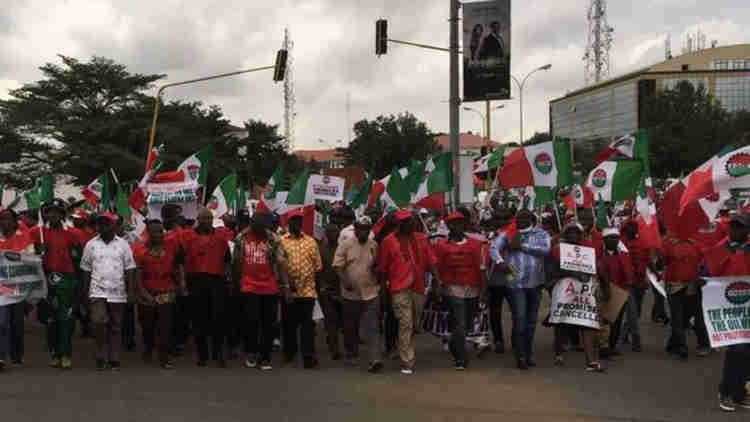 The Nigeria Labour Congress (NLC) has said it will galvanise Nigerian workers to protest the non-implementation of the proposed N30,000 new minimum wage.

Concise News had reported that the Federal Government and the labour union agreed on the N30,000 minimum wage in October.

However, there has been no implementation of the agreed wage by the Federal Government with the NLC threatening a nationwide protest.

This threat was contained in a communique by the NLC after its National Executive Council meeting in Abuja over the weekend.

It vowed to mobilise workers across the country to stage a protest in all state capitals and the Federal Capital Territory, Abuja, on January 8, 2019.

The NLC noted that it had ordered all industrial unions and state councils to fully mobilise workers and other labour unions for the protest.