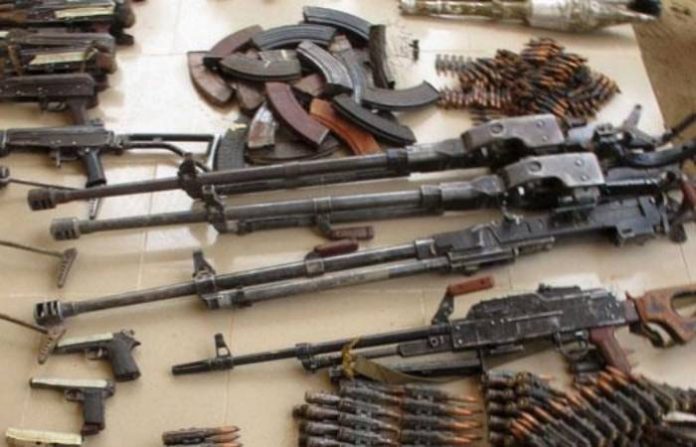 The Coalition of Niger Delta Agitators have alleged that some politicians are amassing arms in the region ahead of the 2019 elections.

The coalition said the arms are being stockpiled “to cause mayhem in Rivers and Akwa Ibom states”.

The statement jointly signed by John Duku, convener of the coalition, and leaders of 10 other militant groups, said unnamed politicians are recruiting thugs in the south-south region for “election violence”.

The statement read: “The Coalition of Niger Delta Agitators wishes to use this medium to draw the attention of the general public and the International Community to the mass movement of sophisticated arms and ammunition to the South-South zone of the country.

“This is for the sole purpose of distributing same to already recruited thugs/youths. Within the last one month, over 48,000 AK-47 rifles, pump action shotguns, pistols, ammunition and other weapons have been moved to different locations in the Niger Delta region.

“There is the proliferation of dangerous weapons in the Niger Delta region brought in by politicians to cause mayhem in Rivers and Akwa Ibom states.”

The south-south region has been a hotspot of election violence in the past years.

Both Rivers and Akwa Ibom are among the states which the civil society joint action committee predicted may experience violence during the 2019 elections.