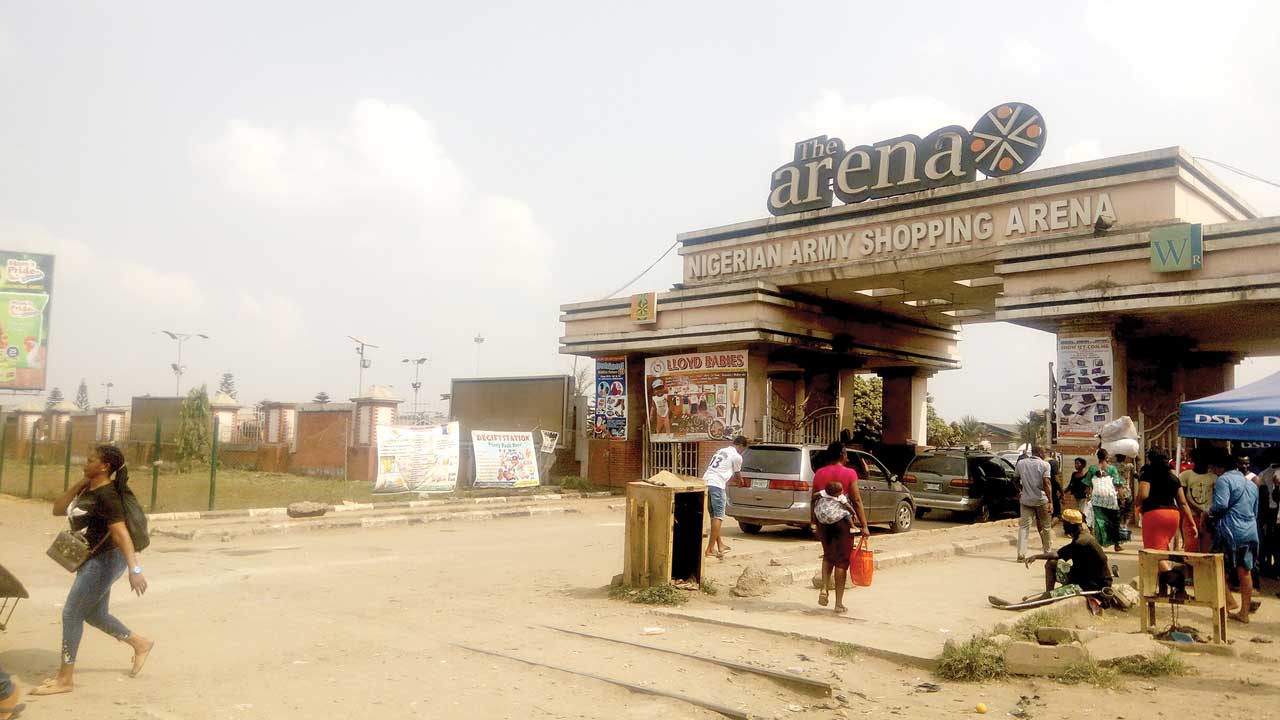 Oshodi, the heart of Lagos State, typifies the city that never sleeps. For most hours of the day, it is swarming with people and vehicles, the ongoing expansive terminus notwithstanding.

With the constant reconstruction of the markets and bus parks, many traders have been forced to seek abode at the Nigeria Military Shopping Complex in Bolade Oshodi, popularly known as The Arena.

But few days to Christmas, the usually boisterous Arena complex is a complete shadow of itself. Fewer people are going in to shop, with many of the traders lamenting that the few shoppers could better be described as sightseers, who are not making any significant purchases.

Moving from stalls to booths, the traders in unison lamented to The Guardian about the low turn over in sales and patronage, blaming the state of the economy for their predicament.

A trader, who simply identified herself as Mrs. Nnenna, said: “I have been sitting here since morning but no sales, people are just passing by. At this time last year, my shop was busy with different customers buying goods. But this year has been hard and difficult. The painful thing is the amount of money I have invested in stocking for this Christmas sales that is nothing to write home about.”

She stressed the need for government at all levels to raise the remuneration of workers, as this will boost the number of people with more income to shop in the market.

Meanwhile, traders in Alaba International Market, Lagos are lamenting the negative effect the perennial gridlock along the road leading to the market is having on their sales this Christmas.
According to them, as a result of poor road network their customers are now shunning coming to the market.

The traders said that coming to the market takes their customers a whole day as it takes them hours to meander from Volkswagen to Ojo Alaba, a distance of less than one kilometer.

Fabian Obiako, a generating set dealer, said they are in for a gloom Christmas as a lot of their customers are now going to other markets due to the traffic situation. He said accessing the market from Lagos-Badagry Expressway has become a mission impossible, same with the Apapa-Oshodi Expressway.

According to him, because of this, the mention of going to Alaba International Market makes the blood pressure of some people to rise. He said the road situation has even made a lot of their traders to be relocating out of the market.

He noted that Alaba is the biggest electronics market in the whole of Africa and as such needs to have a befitting road network. He said that customers that are coming from other African countries to the market most of the time do not have good stories to tell about Nigeria because of the difficult experience they usually encounter when they come to the market to do business.

Besides shopping, the absence of community carnivals, which was once a ritual, some residents say, points to a dour and low-key yuletide.