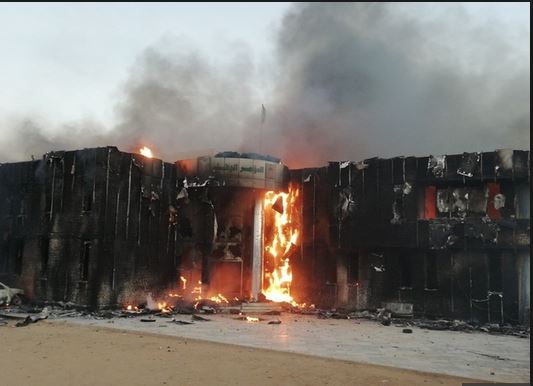 A state of emergency was declared in the Sudanese city of Atbara after hundreds of people protested against price increases and set fire to the local headquarters of the ruling party, officials from Nile River state said.

A curfew was declared from 6 p.m. to 6 a.m. in Atbara — Sudan’s railway hub, with a large railworker population manning various lines, interchanges and maintenance workshops — the state security committee said.

While small rallies have broken out in other cities, the demonstrations were larger in Atbara, which is historically a hotbed for anti-government protest.

“The protests began peacefully and then turned to violence and vandalism … We declared a state of emergency and a curfew and the closure of schools in the city.”

It was not immediately clear what the extent of the damage was at any of the buildings, or whether the fires were still ablaze.

Wassilah said the demonstrations had broken out over an increase in the price of bread to 3 pounds from 1 pound because of the lack of subsidised bread flour in the state.