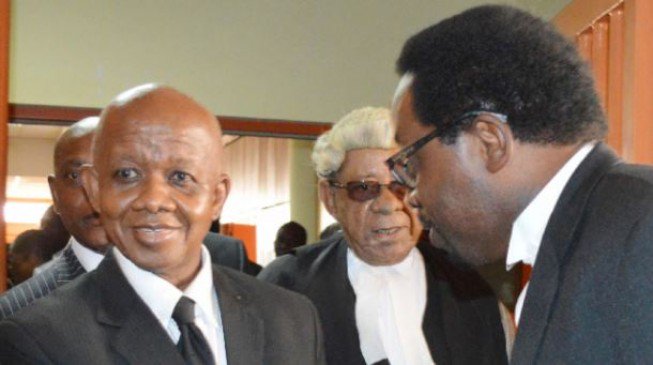 A court of Appeal sitting in Abuja, Nigeria’s capital, has dismissed the federal government’s suit challenging the discharge of Adeniyi Ademola, a retired judge of the federal high court, Olubowale, his wife, and Joe Agi, a senior advocate of Nigeria (SAN), from fraud charges.

Concise News recalls that FCT high court had on April 5, dismissed an 18-count charge bordering on allegations of gratification to influence cases.

The charges were filed by the office of the Attorney-General of the Federation (AGF) following the raid on some judges’ home by operatives of the Department of State Service (DSS) in October 2016.

However, while delivering judgment on Monday, Olabisi Ige, a judge said the notice of appeal filed by the government “was unmeritorious”.

Ige held that it was not the place of the law to interfere with a decision of the trial court without substantial reasons.

“From the notice of appeal, no mention was made on this aspect which means that the appellant is satisfied with the striking down of Sections 53 and 60 of the ICPC act,” Ige said.

“Having not appealed against the striking down of sections 53 and 60 of the ICPC Act, the decision of the trial court subsists. All the three issues brought for the court to decide are hereby ruled against the appellant and the appeal is struck out for lacking in merit.

“The ruling of Justice Jude Okeke of the FCT high court delivered on April 5 is hereby affirmed.”

The court held that going by the government’s appeal, it would amount to asking the defendants to prove their innocence contrary to the constitution.