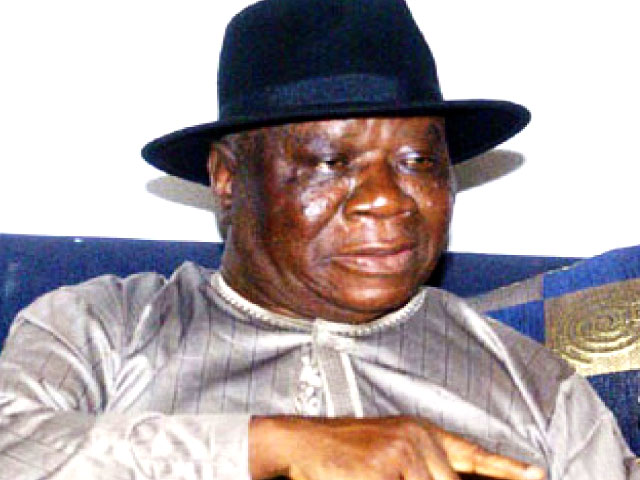 An Ijaw national leader, Edwin Clark, says restructuring Nigeria will force states to look for means to be viable.

The elder statesman made this comment when the Christian Campaigners of Nigeria (CCN) paid him a courtesy visit at the weekend.

Clark said the need to survive will make the states think out of the box.

Commenting on the alleged lopsided appointments of the President Muhammadu Buhari led government, the Ijaw leader said it is one of the reasons the country has to be restructured.

According to him, it is difficult for some people to get jobs because of the part of the country they are from.

Clark added that he is in support of any presidential candidate who promises to restructure the country.

“This country is at a crossroad today. If you are from certain parts of the country, it is most likely you will not get some jobs, despite provisions on federal character in our constitution,” Clark said.

“This is because restructuring will check this inequality, this injustice. Restructuring will make or force states to be viable because they will begin to think outside the box if they must survive.

“Alhaji Atiku Abubakar believes in the restructuring of the country, a belief he has held since 1994 when he served as a member of the Constituent Assembly, together with people like the late Gen. Shehu Musa Yar’Adua and my good friend, Prof. Ihechukwu Madubuike.

“Perhaps, the question I will like to leave with every one of you is this, did Lord Fredrick Lugard in the process of amalgamating this country, say that one part should be more superior to the other? This question I want you to depart with.”

On the 2019 elections, Clark said all hands must be on deck as the process will determine the future of Nigeria.

The elder statesman said the elections would determine the fate of the country not only in the next four years but the future of its unborn generations.

“This forthcoming election is also important because our national economy has suffered the most negative downturn of recent years,” he said.

“We have lost millions of jobs in recent times, the unemployment continues to soar to the rooftop, and prices of even basic foodstuff are now out of the reach of the average Nigerian.

“Therefore, it is an election that will most likely determine the fate of this country not only in the next four years but actually its future, the future of our children, the future of generations yet unborn.

“That is why it is important that every facet or groups should be involved. All hands must be on deck.”