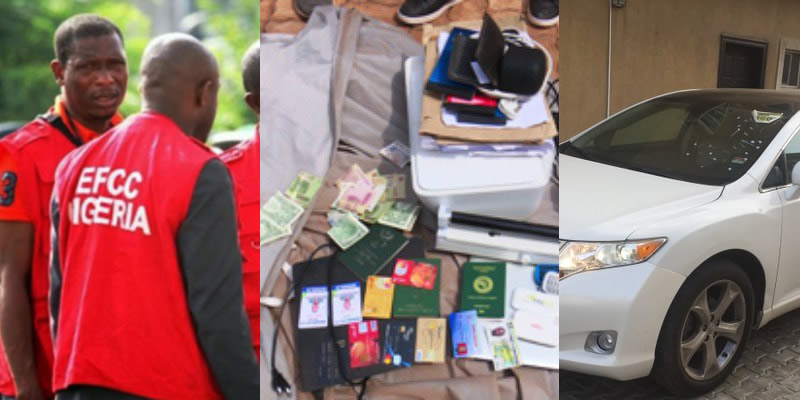 The South-East Zonal office of the Economic and Financial Crimes Commission, EFCC, has raided the homes of two alleged internet fraudsters: Okechukwu Donald Akachukwu and a couple, Onuora Edgar and his wife, Onuora Adaora Lynda, at Independence Layout, Enugu.

The EFCC raid is said to be consequent upon the resolve by the Acting Chairman of the Commission, Ibrahim Magu to intensify the Commission’s fight against internet and cyber fraudsters across the country.

According to a statement made available to newsmen by the commission, intelligence report revealed that some people living in opulence lifestyle without any known means of livelihood.

The statement by the commission’s spokesman in the zone, Mr. Chris Oluka revealed that the suspects have been defrauding many unsuspecting victims of huge sums of money through their nefarious operations and used such to acquire choice properties across the zone. “A search conducted on the houses and premises traced to the suspects, revealed incriminating items which include: a Mercury Fluorescent lamp used in detecting fake currencies; suspected counterfeited foreign currencies; telephone handsets and other items suspected to be tools of their despicable trade.

“Other items recovered from the suspects include: a Toyota Venza SUV, ATM Cards from various banks, and an Apple Macbook laptop.

The suspects will be charged to “court as soon investigations into the matter are concluded,” he said.