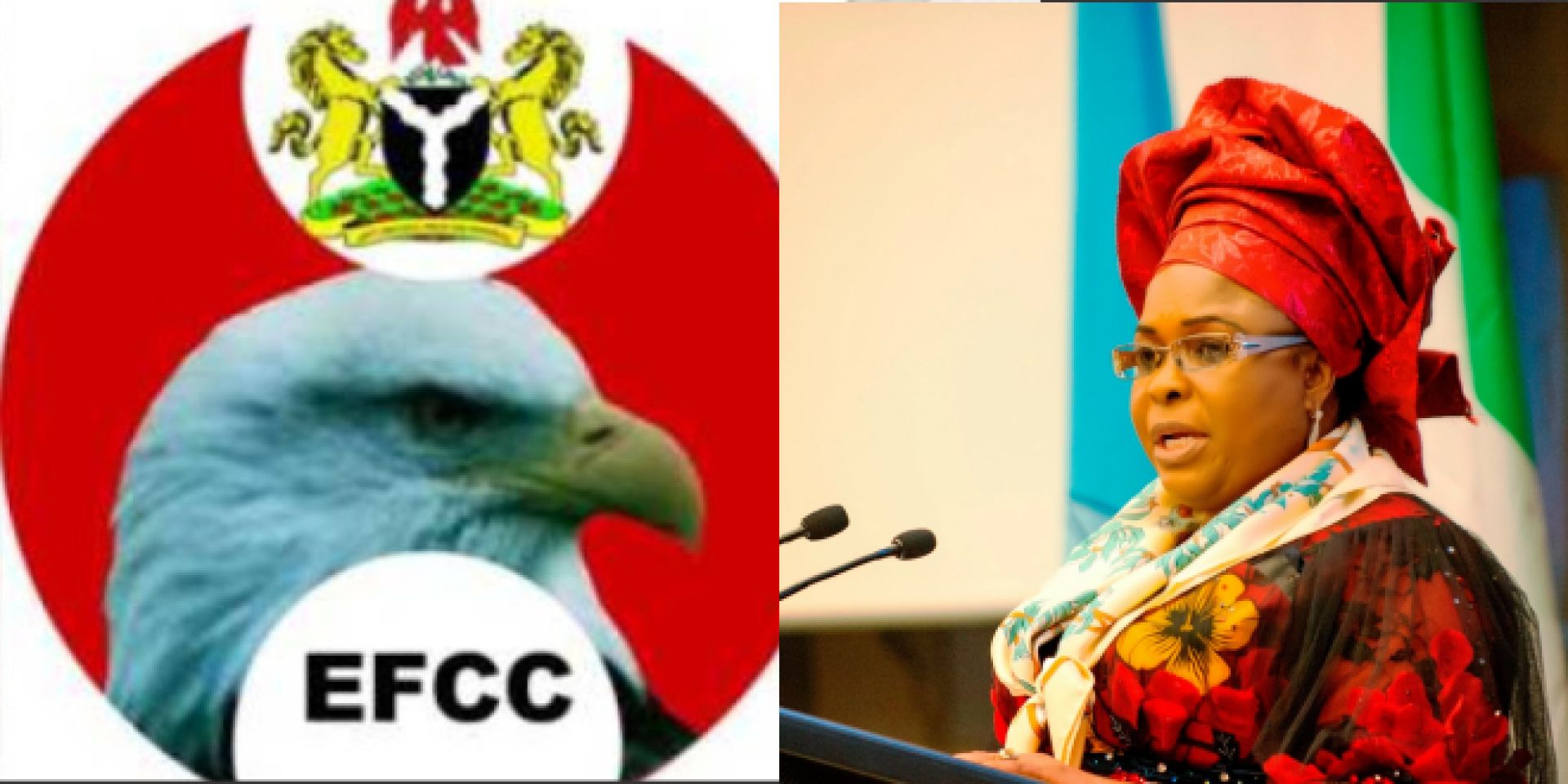 The Supreme Court has fixed March 8, 2019 to deliver judgment in an appeal filed by former First Lady Mrs. Patience Jonathan, challenging the powers of the Economic and Financial Crimes Commission (EFCC) to order forfeiture of her properties, when she has not been convicted of any offence.

The apex court fixed the date yesterday in Abuja after taking argument from Mr. Ifedayo Adedipe, SAN, counsel to the ex-First Lady and Rotimi Oyedepo who stood for EFCC.

Mrs. Jonathan prayed the Supreme Court to set aside section 17 of the Advanced Fee Fraud as contained in the EFCC Act on the ground that it is in conflict with the 1999 Constitution of the Federal Republic of Nigeria.

The appellant complained that the section of the EFCC Act which empowers the anti graft agency to temporarily take over properties of the Nigerian citizens on mere suspicion is offensive to a provision of the constitution which presumes suspects innocent until allegations against them are proved beyond reasonable doubt.

The grouse of the former first lady was that the offending section 17 permitted the EFCC alone to approach court, make submission to request for interim forfeiture without any recourse for opportunity for citizens to defend themselves.

The appellant further argued that by the provision of the section 17, individuals are already guilty even without trial as the law did not give equal opportunity to the EFCC and the suspects.

She, therefore, prayed the apex court to reverse the provision because it is in conflict with the 1999 Constitution that protects the citizens.

“Even when there is no material to establish guilt that a property is a product of unlawful act, the respondent (EFCC) has been unlawfully empowered to get forfeiture order against any citizen. This is in conflict with the presumption of innocence as enshrined in the 1999 Constitution”, the counsel argued.

However, the EFCC urged the court to dismiss the appeal on the ground that the section 17 complained about was mis-conceived.

Oyedepo who stood for EFCC argued that section 17 of the EFCC Act only covers property reasonably suspected to be product of unlawful act or abandoned for a long time and traced to a suspect.

The counsel insisted that the provision was not absolute because it makes opportunity for any citizen to always show cause in court why the forfeiture should not be granted by court.

Oyedepo informed the court that the appellant chose to go to Appeal Court to challenge the EFCC power rather than going to a federal high court to show cause why her property should not be forfeited to the federal government.

He urged the court to dismiss the appeal and to uphold the contending section of the EFCC Act.

Justice Mohammed Musa Dattijo who presided over the appeal fixed March 8 for judgment after taking arguments from the two parties.