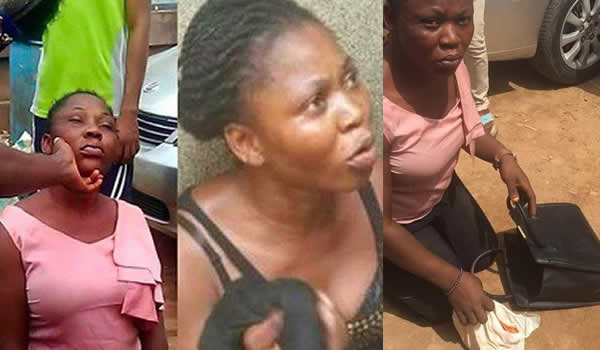 With the massive down turn of low cast income, though the lucrative movie industry. According to YEN magazine, several actors have tried to supplement their income by venturing into other businesses, but this is not an excuse for illegal activity.

Nigerian actress, Akilapa, has made the news again, but not for positive reasons like most of her counterparts.

Reports shows that, she was caught on December 6, while trying to gain entry into a house at Ajao estate, off Oluwalogbon, Ketu, Lagos state. She was subsequently taken away by the police to prevent jungle justice.