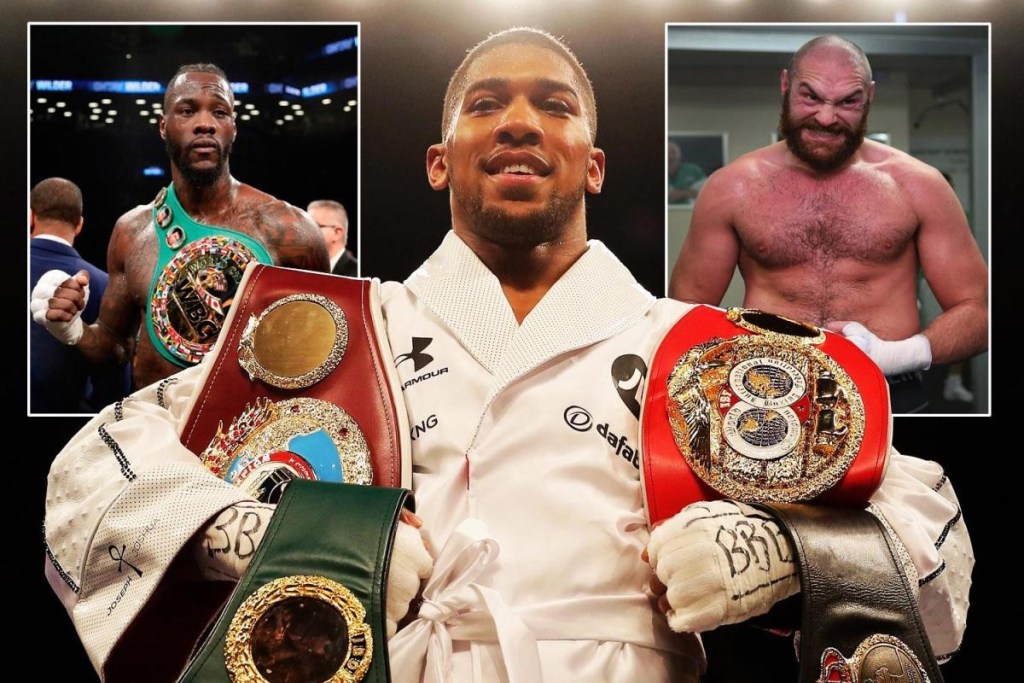 Former Nigerian international Peter Rufai has insisted that the British-Nigerian boxer, Anthony Oluwafemi Joshua has all it takes to knock out both Tyson Fury and Deontay Wilder when the time comes for them to square it out in the ring.

The bout between American WBO title holder, Deontay Wilder and British unbeaten former heavyweight champion, Tyson Fury which ended in a draw has reopened the discussion of who the better fighter is in the heavyweight division amongst the three fighters with Wilder and Fury claiming that Joshua who is the unified heavyweight champion is only the third best.

After watching the bout between Wilder and Fury the former Deportivo La Coruna safe hands believes both fighters are no match for Joshua who is still unbeaten in 21 professional bouts. “Those guys can’t match Anthony Joshua. He is too strong for them. They can say everything they want to say about him but you can’t take away what he has achieved.”

Fury returned to the heavyweight scene after over two years of absence which saw his belts taken away from him and a long time battle with mental health issues but has been able to bounce back to the ring in a fight many boxing pundits believe he won despite being knocked down twice by the American boxer.

Joshua had prioritised a unification scrap against Deontay Wilder, according to veteran boxing promoter Barry Hearn.However, the reigning WBA, WBO, IBF and IBO champ would still “love to fight Tyson Fury” at some point.

“AJ’s first choice is Wilder because when you’re collecting belts, which he is, he wants to be the unified champ.

“He’d love to fight Fury as well, but for now I think Wilder is the one he wants.

“There’s three or four options at the minute for us.

“Sooner or later fight fans are going to get everything they want, but we won’t be doing any silly deals – that’s for sure.