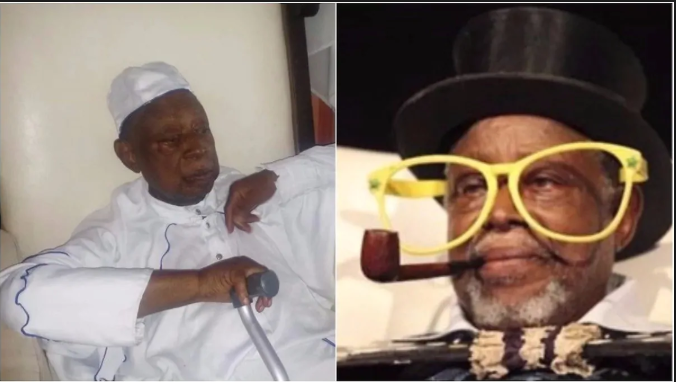 The body of the entertainment legend and pioneer in comedy and make-believe Industry, Pa Moses Adejumo popularly known as Babasala will be committed to mother Earth on Friday morning today, December 7, 2018.

Baba Sala, died on Sunday, October 7 at the age of 81. The one-week Burial program had gathered proteges of Babasala and members of entertainment industry In different fora.

The Symposium held at the National Theatre last week Wednesday aimed at extolling the veteran’s contribution into the movie world did not get the much needed buzz and support from practitioners in world of entertainment.

The tribute concert held at LTV 8 Blue Roof hall last Thursday did compensate for the previous as an array of musicians, performers came to the hall to celebrate the man that had not gotten the much needed support from government and stakeholders on account of the decades old not-too-good attitude to the issues and personalities in the industry. The industry that is self made and in need for the much needed Industry-driven policy.

and so many others to the tribute which was perhaps the biggest event that should gather Actors and entertainers but only a handful came. Even the likes of Alibaba, AY and others comedisns aside Gbenga Adeyinka the 1st billed to attend did not show up displaying the disconnect between the old practitioners and new players of the million dollar industry.

Moses Olaiya who is a pacesetter deserved more suppport even from the Oyo and State governments which didn’t come while he was alive but needed in death.

Pa Moses Olaiya who was also the spiritual head of Cherubim & Seraphim , Adasa in Ilesha is a story of a visionary and espoused resilience and innovation but cut short by pirates seen as sharks and harbinger in the film industry.