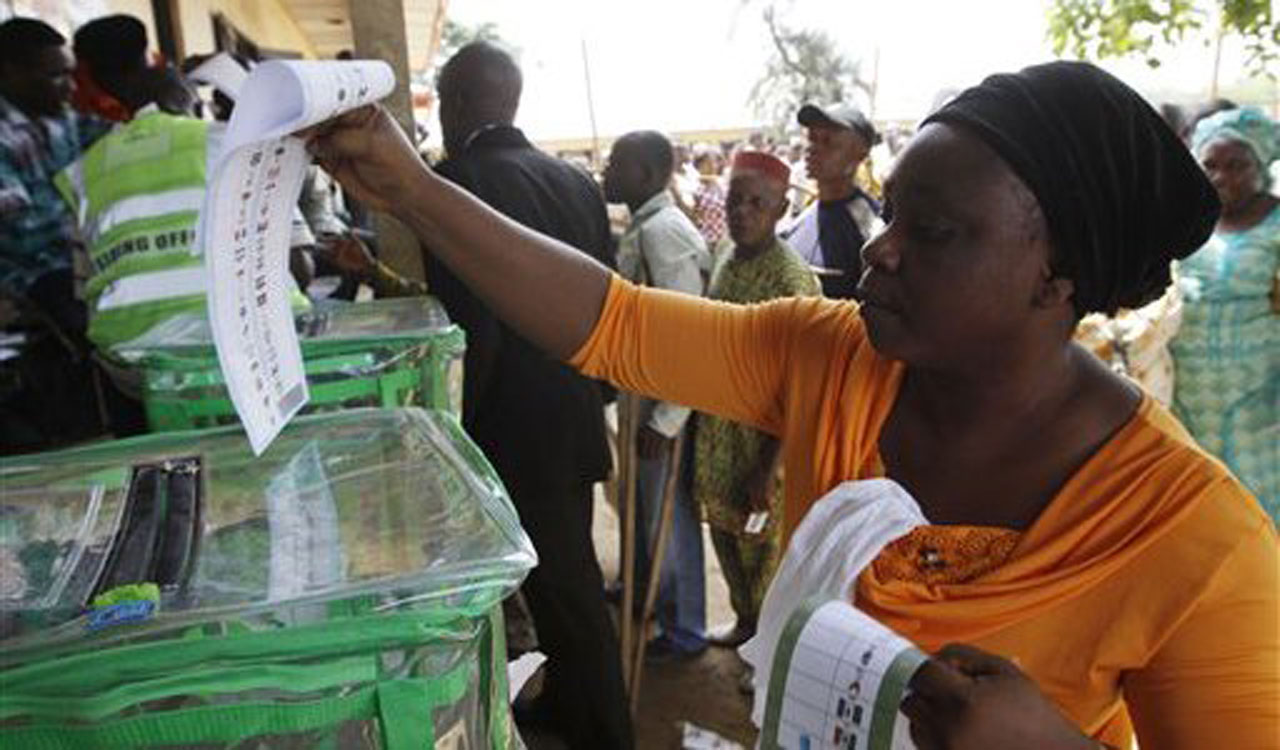 People of Igbo extraction in the 19 northern states have been banned from travelling to their states of origin to vote in next year’s general elections.Any person who flouts the directive would be fined an undisclosed amount of money. The decision was reached following an extraordinary meeting of the Igbo Delegates Assembly (IDA) in Barnawa, Kaduna State. IDA, an administrative umbrella organisation of Igbo resident in the northern states and Abuja, is responsible for members’ welfare. In attendance were executives, all Eze Igbos and chapter presidents in the 19 states.

“We want our people to stay in their respective states and cast their votes. The era of running home during elections cannot be tolerated again. There is no need for us to go home at every election because if you do that you will automatically disenfranchise yourself.

“We have done a lot of sensitisation. We have also educated our people on this and we all agreed. That is why we decided to place an embargo. And if you travel, IDA will fine such person(s),” the organisation said in a statement jointly signed by President General Chief Chikezie Nwogu and Secretary General Austin Ofokansi Ifedinezi. The Assembly also urged members to remain law-abiding in their states of residence.

A non-governmental organisation, the African Electoral Integrity Initiative (AE2i) meanwhile has unveiled ways to guarantee integrity in the elections.This was at the National Conference on Electoral Integrity it organised in Abuja yesterday with the theme: ‘Sustaining the Integrity of the 2019 General Elections.’

Prof. Yusuf Zoaka, Dean Faculty of Social Science, University of Abuja, in his presentation titled, ‘Principles of Electoral Integrity’, said a good election is hinged on fairness and a level playing ground for all.

Zoaka, who was represented by Dr Agaba Halidu, a lecturer at the university, also listed ethical conduct, professionalism and accuracy as criteria for successful polls.He maintained that for Nigeria to have an election with integrity, factors such as enforcement, transparency and respect for the rule of law must be upheld. He advised politicians to shun hate speeches that could breed violent campaigns, and INEC to remain impartial to avoid voter apathy and rejection of results.

Mr. Mohammed Baba, Commissioner in charge of Education at the Independent Corrupt Practices and Other Related Offences Commission (ICPC), said vote buying has become a threat to democracy, hence all efforts must be made to curb it.He disclosed that ICPC would embark on a nationwide sensitisation programme this month to change people’s attitude towards the practice.

Dr Daniel Omofoman, Convener and Regional Director (West Africa) of AE2i, said: “The conference is aimed at sensitising stakeholders to the need to sustain the integrity of the 2019 elections and restoring voter confidence in the integrity of officials, voting procedure and materials used in the election. We believe more is coming on solutions that will resolve these issues,”

He added that other issues threatening the integrity of the elections include under- age voting, fake news and partisan law enforcement.But President Muhammadu Buhari yesterday in Abuja gave the assurance that the result of the 2019 general elections would reflect the will of the people.

He made the promise while receiving a letter of credence from the ambassador of Finland to Nigeria, Dr Jyrki Juhani Pulkkinen. He said Nigerians reserve the right to elect their leaders and that all efforts would be made to safeguard the integrity of the process. “I respect the people’s feelings,” he said, adding: “I assure all that we will have a free and fair election next year.”

Buhari congratulated Finland on its 101 Independence Day anniversary, marked yesterday. He commended the country’s growing relations with Nigeria, especially in the areas of Information Communication Technology (ICT), trade and education.

In his remarks, Pulkkinen noted that areas of mutual benefit could be extended to electricity, smart technology and crises management initiatives, pointing out he would work hard to improve trade figures and exchanges. “We will like to contribute to Africa rising. We know that Nigeria is the biggest country on the continent, so we are very interested in its growth,” he said.

He promised that at the United Nations, Finland would continue to support the restructuring of multilateral institutions, giving greater roles to African countries like Nigeria.

The president, who also received a letter of credence from the ambassador of France, Mr. Jerome Pasquier, described the visit to Nigeria by French President Emmanuel Macron as impressive and a booster to bilateral relations.Admitting that “France is investing so much in Nigeria and we are grateful,” he nevertheless called for more support in the fight against terrorism as fighters increasingly cross the borders to support insurgents.

Pasquier responded saying Macron would continue to support Nigeria, especially in the ongoing war against terrorism, with specific interest in the gathering and sharing of intelligence. He also commended Nigeria’s role in resolving the crises in Togo and Guinea Bissau.

Buhari equally received a letter of credence from the ambassador of the Czech Republic, Mr. Marek Skolil, to whom he gave an assurance of improved economic relations in solid minerals exploration.

Skolil, on his part, said his country would continue to support Nigeria’s military in the fight against terrorism in the northeast. “Nigeria is a very important country for us. We look forward to stronger ties, particularly with the armed forces,” he said.